On the fourth floor, all four heroes will be in play at the same time 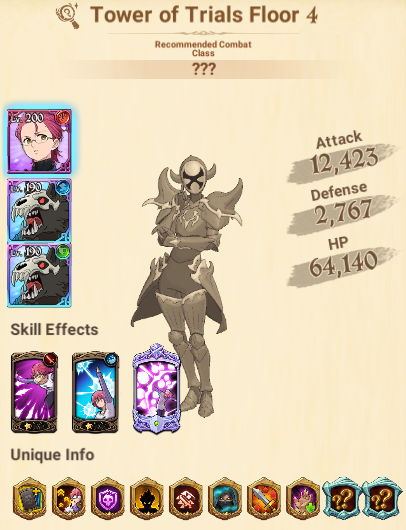 The boss loses his immortality when the left-most enemy is killed.  Thus, it’s recommended to use a sacrificial cleanse such as Blue Princess Elizbeth or Blue Fraudrin.  Other good sacrifices to use are Blue Old Fart King or Red Taizoo.

Some great damage dealers to use for this floor are:

Viable support units for this floor are: