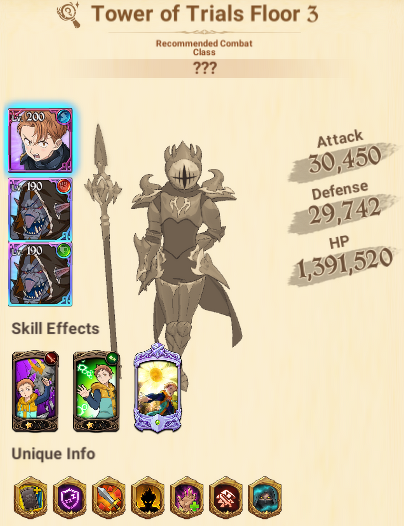 Since SR heroes get a 400% boost, the primary strategy to use on this floor is to use a full team of SR units.

Some viable damage dealers to use here are:

For survivability/support, the below options are beneficial:

Some great sub units to use are: