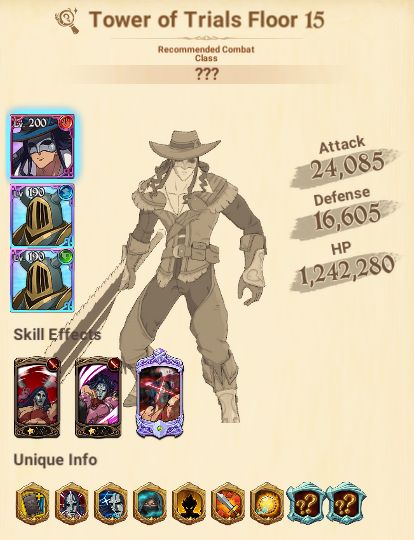 Beating Slater requires using a full female Human team. The optimal team to use against him is Green Roxy, Green Mono, Green Brunhild, and Red Awakened Eastin. Green Brunhild’s basic stats are boosted by her surviving allies, and Red Awakened Eastin’s passive assists other members of [The Seven Catastrophes] (such as Roxy and Mono) by decreasing their damage taken by the number of Ultimate Move Gauge orbs on the battlefield. Other viable female Human units to use are Blue Mai, Green Eastin, and Green Jericho.

Alternatives to this team can be found by filtering the units list by Race and selecting Human (the fourth list from the left), and choosing units that are female.