At the end of every turn, apply 2 Ignite effects on heroes who have not used skills. Increases basic stats by 1000% when there are 6 or more Ignite effects. 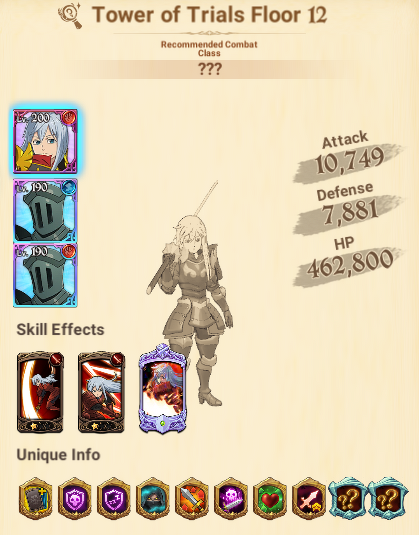 Any unit that doesn’t get attacked will get Debuffed with an Ignite effect. Since basic stats are increased by 1000% if six Ignite effects are applied, it is best to not Cleanse the Debuffs off but make sure your units have sufficient HP to survive despite the Debuffs, or use Melascula to help keep units alive.

Allowing Blue Fraudrin to die in the early rounds is the fastest way to clear this floor, as his death will fill his allies’ Ultimate Move Gauges.

Recommended damage-dealing units for this floor are:

Additional support units to bring other than Blue Fraudrin are: