It is awesome to know that the 7DS x AoT collaboration event was relatively made easier in the Global version, giving beginners a chance to also clear missions and claim all rewards. After all, the Global server is still only in its 5th month while the KR/JP server has already passed a year when this collaboration event went live. The event runs from July 21 to August 4, 2020.

There are 3 playable contents in this collaboration event:

The World Quest follows a crossover storyline between the characters of 7DS and AoT. Missions in this content can only be completed once for the whole duration of the event. By completing milestones and finishing the event, you will be able to receive diamonds, SSR evolution pendants, and summon an AoT exclusive character Blue Eren. Once all stages are cleared, you won’t be able to re-run the stages anymore.

If your average team Combat Class (CC) is 120k and above, you can easily clear this event without worry. You can basically use any team you want and finish after an hour or two of gameplay. If you are fairly new to the game and want to reach this CC in a short amount of time, check out Growing Tips to learn how to effectively boost your CC.

The Titan Conquest Event, unlocked after clearing [The Colossal Titan Returns!] World Quest, follows a Death Match type of battle where up to 4 teams can tag along and fight against the Colossal Titan. Fragments are given as a reward that can be exchanged for growth support items and Limited-Time AoT hero costumes in the Event Exchange Shop. A separate guide for this event is available in this link.

Now, the most rewarding content that you can easily auto-farm is the Titan Elimination Event. This content can be unlocked after clearing the [Choices] World Quest mission. Basically, after your first clear on the Titan Elimination Event, free stages are unlocked where various growth materials can be farmed daily for up to 3 times per stage. Farming these stages daily for the whole event duration will give you a generous amount of rewards as shown in the table below.

These resources are hard to come by and it can only be acquired on harder difficulties of non-event stages. To think that we can easily get a lot of 5★ Hero Enhance Potions from a beginner level opponent makes this event really good for giving us such valuable rewards on an easy task. Use these resources to increase your Hero Box CC and level up heroes for your Training Grotto team. Awakening Stones will also heighten up your SSR and UR equipment quality, so make sure you never miss the chance of getting these rewards.

Just so we won’t miss any important information, we’ll run through the details of the Titan Elimination Event in clearing it for the first time. 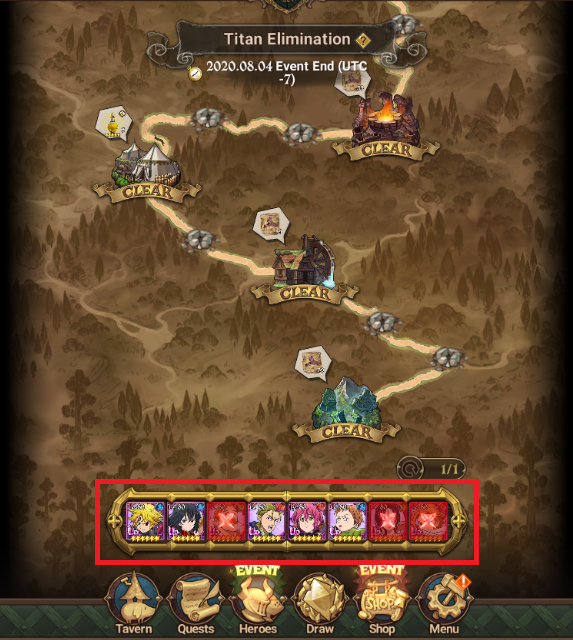 When a stage is reclaimed, Free stages are unlocked to acquire daily bonus rewards. 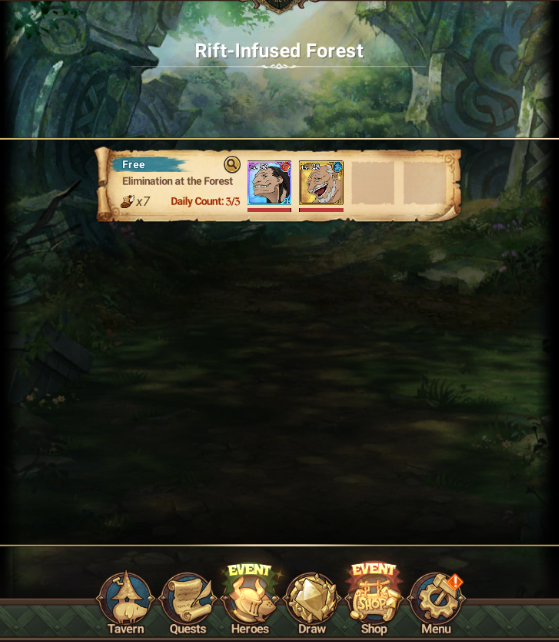 You can tap Retry once a day to change heroes and try again. Enemy HP resets daily at midnight (UTC -7). 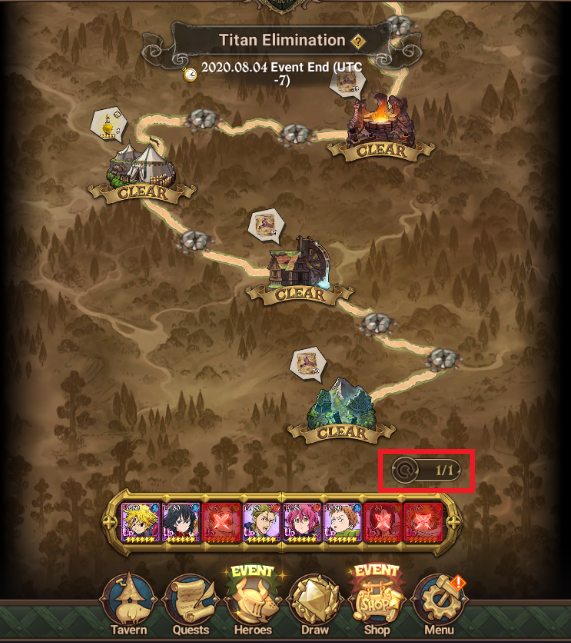 Collab Pick Up Tickets and Diamonds are given as a reward on your first clear. You can also acquire “Imperial Report on Titans” which are used to enter Titan Conquest! 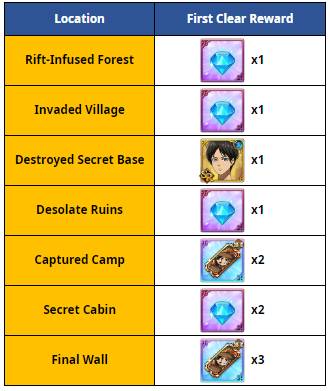 Key list of items you can acquire from Free Stages:

*Item amount vary whether it is a Bronze / Silver / Gold Box