The Titan Conquest Event is one of the 3 playable contents for the 7DS x AoT collaboration event. It can be unlocked after clearing [The Colossal Titan Returns!] World Quest. In this event, up to 4 players can tag along and form teams to fight against the Colossal Titan.

Participants can gain Omni-Directional Mobility Device Fragments as rewards which can be exchanged for growth support items and limited-time AoT hero costumes in the Event Exchange Shop. Imperial Reports on Titans are needed to enter the Colossal Titan Quest and it can be farmed on Titan Elimination, Free Stages, SP Dungeon, Boss Battles, and Death Matches.

Blue Eren is hands down the best hero for this event. His skill set is designed to wreck collaboration event bosses, similar to the previous Slime collaboration’s Blue Rimuru where he just owns the Ifrit boss. Amazingly, Blue Eren is given to us for free so you must take advantage of using him in this event. Hurry up and Evolve him to UR level 60 at the very least!

How to Max-out Blue Eren’s Ultimate

You can max out Blue Eren’s Ultimate without purchasing any packs. Instead, work on beginner-friendly event missions to acquire duplicate coins and upgrade his ultimate. Blue Eren is the ideal hero to put up against the Colossal Titan in the Titan Conquest Event. Clearing this event will give you fragments used to exchange for cool items in the Exchange Shop (Growth support items and Limited-Time AoT hero costumes) 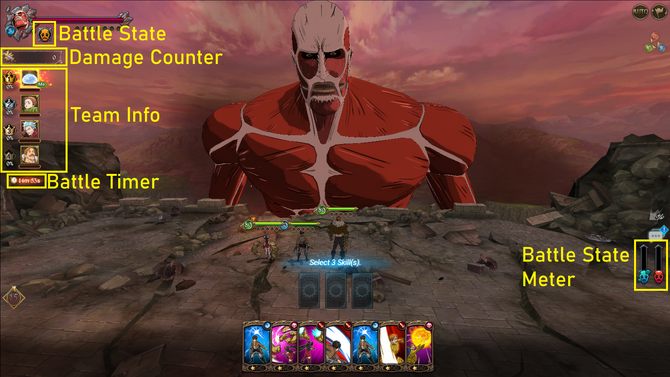 Rewards are distributed by ranking and damage dealt. Use the Omni-directional Mobility Device Fragments to buy growth, equipment, and special items in the Exchange Shop.

*A bonus of 3 fragments are given to the host of the party. 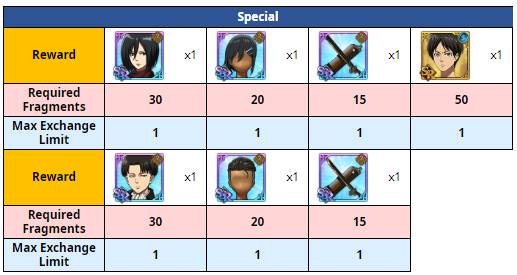 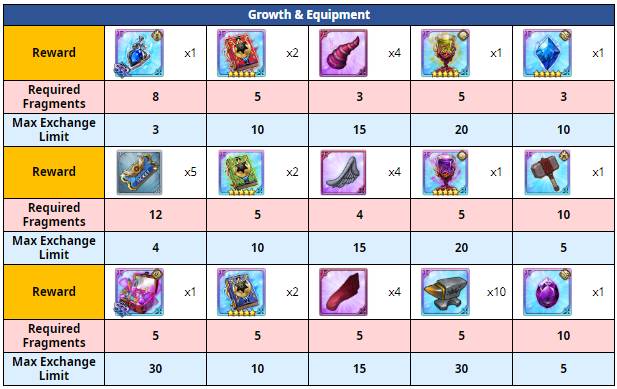