Salty Raisins
[Advent of Ocean] Covenant of Light Tarmiel can deal greater damage the more HP he has remaining. 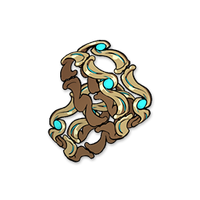 Tarmiel is one of the Four Archangels of the Goddess Clan. He is also one of the commanders of Stigma alongside Ludociel and Sariel. As one of the Four Archangels, Tarmiel is an extremely powerful goddess. He was confident that he could eliminate the Ten Commandments within ten seconds. Tarmiel's young and old looking heads can fire a holy beam from its eyes and loud blast attacks from its mouth respectively which makes any attempt of flanking the three-headed Archangel difficult.

At some point of his life, Tarmiel was given his Grace by the Supreme Deity. He was close to the four archangels and to the Deity's daughter. Though he apparently wasn't particularly close to Mael, Tarmiel asked Sariel to be less blunt at point out Mael's adoration to his older brother Ludociel, much to the younger goddess' embarrassment.