Draw Hero
Coin Shop
Red Taizoo has a skill which increases defense and reflecting a portion of damage received. 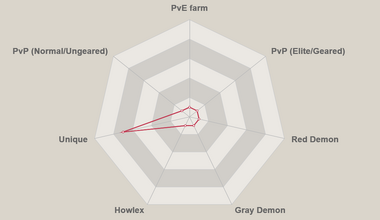 In his time as a mountain bandit, Taizoo once encountered a Holy Knight and lost in battle. Sometime later he became a merchant. At some point of time, Taizoo participated in the Vaizel Fight Festival and won three times.