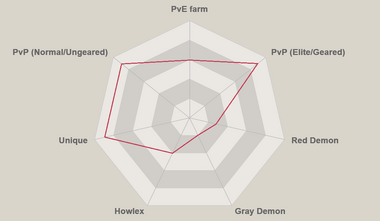 His main task is to apply debuffs and Extort all enemies’ Attack and Defense, boosting the team’s Attack stat by 10% for each debuff applied. It enables Meliodas’ to confidently attack using his Amplify cards and inflict hard-hitting damage to burst down enemies instantly (Amplify increases damage dealt by 30% per active buff on self).

Red Sigurd is not just a Support but is also highly capable as a damage-dealer. He has his own Amplify cards and can inflict Flood damage with his Ultimate (0.8% additional damage for every percent of remaining HP on self).

His Unique ability applies Attack buff to allies for every enemy affected by stat decrease effects caused by debuffs such as Extort (can also be activated by an allied hero).

Stat-wise, Red Sigurd has a high Attack and HP with good secondary stats. Overall, he also has a high Combat Class rating that can contribute a good amount of CC to your team.

Guardian Slash - It is a very powerful damage debuff AoE skill that Extorts Attack and Defense of all opponents. This skill also activates Sigurd’s Unique ability to boost his allies. To maximize the effect and damage, use "Guardian Slash" first before casting any attacks.

The effect duration lasts for two turns at ranks 1 and 2. At rank 3, the Extort amount is increased from 15 to 25% and lasts for three turns.

Cursed Strike - Similar to Green “Assault Mode” Meliodas and Red Escanor’s attack skills, this single-target attack skill has a relatively high damage multiplier for Amplified attacks (damage dealt by this skill will be +30% per active buff on self). With his Unique ability in play, he can take advantage by Extorting the enemies with “Guardian Slash” followed by “Cursed Strike” to deal more damage.

Ultimate: Slay Fafnir - Red Sigurd’s Ultimate is a single-target attack with Flood effect (0.8% additional damage for every percent of remaining HP on self) which deals greater damage the more HP he has left.

He can inflict maximum bonus damage (80%) when attacking at max HP, in addition to its current Ultimate Skill level multiplier.

Unique: Inheritor of the Legendary Sword Gram - Red Sigurd’s signature ability can provide additional damage boost to his allies whenever an allied hero, including himself, successfully lands a debuff with stat decrease effects. The effect increases all allies’ Attack by 10% for two turns (up to 3 times).

His Unique ability also states that Sigurd is both Human and Demon and is affected by other hero’s Uniques and Commandments involving the said races.


PVP - Red Sigurd shines in all categories of PVP as an offensive utility for Human and Demon teams, notably with Green “Assault Mode” Meliodas where both can benefit from their Unique abilities. He can also be used defensively using his Extort to take away some damage and minimize the offensive threat of enemies. He simply stands out against enemies and team compositions with no cleanse.

Attack and Defense equipment should be optimal to balance out his offensive and defensive potential.

Story Mode boss battles - Red Sigurd can clear most of the PVE content with ease and is a good choice for story mode battles. He can boost himself with amplified attacks and decrease enemy defense.

Early Game PVE - He provides enough survivability to clear difficult stages and roadblocks of the game. 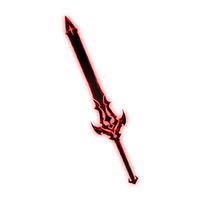 Sigurd is an original character made for The Seven Deadly Sins: Grand Cross mobile game.

Being a half-demon, Sigurd is able to utilize the mysterious jet-black power of darkness, which he uses to power-up his sword's blows, however, it's currently unknown if the fact he's also half-human affects the potential of his demonic powers.