Draw Hero
Coin Shop
Red Howzer has a skill which is broadly effective against all enemies.

[Tempest] Holy Knight Howzer or commonly known as Red Howzer is the best PVE farming hero in the game. He can clear the waves faster than most heroes since all of his skills are AOE, allowing you to grind and hunt materials more efficiently.

He is also above average in PVP, especially when supported by Pierce enhancing heroes like Blue Lillia or Blue Weinheidt which pumps up more damage for his “Rising Storm” skill. Moreover, Red Howzer’s unique ability to increase Human allies' basic stats also makes him a good addition when forming Human-based teams.

Knowing that the game requires you to play a lot of PVE content, Red Howzer is definitely a must-have for all players. Since he is also available for purchase in the Coin Shop, it is highly suggested to buy copies of him and max out his ultimate asap.

Red Howzer’s signature skill “Rising Storm” is an AOE attack that gets stronger as his Pierce Rate stat increases, which explains why he is usually paired with Blue Lillia or Blue Weindheidt who are able to augment the team’s Pierce Rate. This further becomes a threatening skill when Red Howzer’s Bracer and Ring have Pierce Rate bonus stats.

His 2nd active skill “Super Cyclone” is also an AOE attack with the same attack multiplier as his “Rising Storm” ability. This time, it has a Sever effect, with a 2x crit chance increase. Although “Rising Storm” is his go-to move (higher damage in general), this skill can be better at times when facing enemies with high Resistance.

His ultimate skill is an AOE attack that decreases skill ranks and depletes Ultimate Move Gauge after a successful skill rank decrease. Oftentimes, rushing Red Howzer’s ultimate is a good strategy to keep ahead of the enemies, reducing incoming damage and limiting the enemy from using their ultimate.

Red Howzer’s unique ability can be used conveniently to add basic stats (Attack, Defense, HP) to human allies. He is often paired with heroes like Escanor, Lillia, Arthur, and Twigo.

Free Stage - Used extensively in Free Stages to acquire equipment and cooking ingredients, Red Howzer can clear the waves faster than most heroes because of his 2 AOE active skills. He can run as a solo unit to quickly farm cooking ingredients in easy difficulties (more efficient than farming in Normal and Hard difficulties). Farming for equipment should always be set in stages with the highest difficulty (Hard difficulty drops SSR equipment).

Boss Battle - He is a favored hero for boss stages to acquire more Awakening materials and triggering a Death Match. However, he isn’t effective in any of the Death Matches (Red Demon, Gray Demon, Howlex).

PVP - Can be effective in a Pierce team supported by Blue Lillia who increases his “Rising Storm” damage. He is also prevalent in mono-red and human-based teams as his unique ability increases Human allies' basic stats. He shines more in geared PVP compared to ungeared because additional stats can rise exponentially with equipment on. 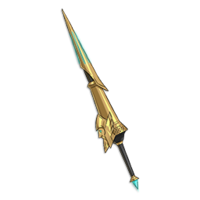