She is often placed as a Support for Purgatory Ban teams, particularly with Red Excalibur Arthur and Red Twigo. Having her with the team reassures the protection from incapacity and Ultimate Move Gauge depletion. Moreover, she can also deplete the enemy’s Ult Gauge as a counter to Ult Rush teams. To further provide protection, her Unique ability reduces damage taken from single-target attacks by 6%.

Her Ultimate Move can also dish out a respectable damage output, inflicting Spike effect that doubles Critical Damage. Since Red Eastin is more likely to be the primary target by enemy teams, gearing her with a Life set is ideal to ensure survivability.

Stat-wise, Red Eastin has a high HP and Recovery Rate. Overall, he has an above-average Combat Class rating that can contribute a good amount of CC to your team.

Water Canon - Red Eastin’s active skill is a single-target attack that depletes the enemy’s Ultimate Move Gauge, disabling them from using their Ultimate. It only has a 120% attack multiplier at rank 1, which isn’t much, but it scales higher at rank 3 with a 450% attack multiplier and depletes three (3) orbs at max. This skill counters Ult Rush teams who rely on their Ultimate Move to deal substantial damage.

Bubble Shower - Her signature skill removes any existing debuffs from your team. It is best to use this skill when ranked up because it can provide an additional buff that increases defense-related stats with debuff immunity for three (3) turns. However, you can also use it at rank 1 when in need of immediate cleanse, especially in aid of your damage-dealers.

This skill is more practically used against debuff-oriented enemy teams because she can readily cleanse it at rank 1, similar to Blue King’s “Pollen Garden” ability.

Ultimate: Triste Fin - this skill inflicts AOE Spike damage up to 525% of Attack at max level. Spike damage does two times the amount of Crit Damage, potentially inflicting a respectable amount of damage.


PVP - Red Eastin excels in all categories of PVP as a Support especially against debuff-oriented teams where she can cleanse all negative effects applied by the enemy. She can be used both offensively or defensively by taking away the enemy’s Ultimate Move Gauge orbs while increasing the team’s defense-related stats.

To best optimize Red Eastin in any team, equip her with HP and Defense equipment sets so she can survive incoming burst attacks, allowing her to continuously buff her team.

Story Mode boss battles - Red Eastin can be used to aid your damage-dealers when fighting against tough bosses. She can continuously deplete the enemies’ Ultimate Move Gauge to prevent them from using their Ultimate.

Training Grotto - Red Eastin can be used to counter HP-type (Green) Illusion Ambers. She is also effective against [Green Amber] Vigorous Conqueror to prevent the boss from using its Ultimate and decrease the incoming damage with her Unique ability. 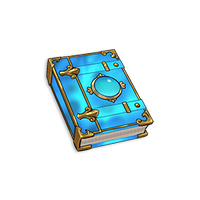