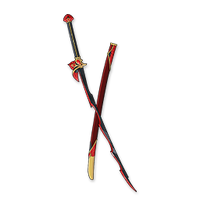 Benimaru is one of the third group of subordinate Monsters to be named by Rimuru Tempest. Originally an Ogre, he was uncertain of his servitude and asked for it to be temporary, but after being named, he evolved into a Kijin, immediately becoming Rimuru's most powerful subordinate for the time, and decided to serve him permanently. He as well lives in the Capital city of the Jura Tempest Federation: Rimuru City.

Soon after, Benimaru was given the position of Commander-in-Chief, giving him direct command over Tempest's military forces.

Upon Rimuru's ascension to a True Demon Lord, Benimaru evolved into a Fair Oni and reached the strength of a Disaster-Class Monster.

He is also on Rimuru's Twelve Patrons.