Ragnarok is an OC storyline developed by Netmarble specifically for 7DGSC, and heavily draws themes from Norse mythology.  In order to unlock the Ragnarok chapter quests and side story stages, Episode 110 from Main Chapter 6 must be cleared.  The achievement “Clearing 100% of each Chapter’s Quests” will be unlocked after the Ragnarok Chapter 2 update is released.  While playing in Ragnarok, the tavern appearance is fixed since [The Seven Deadly Sins] have been transported there through a book that Meliodas was reading. 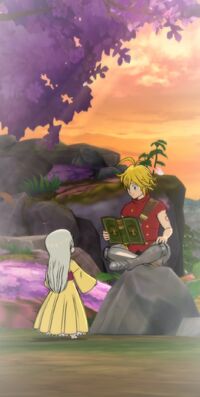 Once unlocked, the Ragnarok storyline can be continued by visiting the region of Ellua Forest on the map. 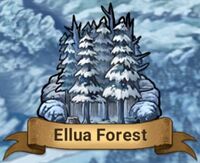 Chapter 1 begins with introducing the world of Ragnarok, as well as the characters of Sigurd, Thonar and Fenrir.

Chapter 2: Fate of the Gods

Chapter 2 sees the gang traveling to the kingdom of Isenstein and meeting Princess Brunhild.

Chapter 3 continues with Ban and Fenrir breaking into Xantenburg Capital to steal medicine for Meliodas.

Chapter 4: Fate of the Gods

In Chapter 4, we meet the World Serpent, Jormungand, and the God of War, Tyr.