Knighthood Competition, also known as “Guild Wars” is a PvP content that requires your entire Knighthood to participate. 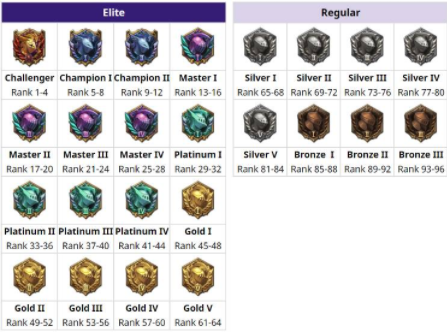 During the two-day preparation phase, Knighthoods can assign heroes to Assault Teams and Defense Teams.  Heroes, including Associated heroes, that are assigned to one team may not be selected for the other team.  Defense Team heroes and their equipment are locked in once the preparation phase ends.  Equipment stats apply for all units. Both competitions will be held simultaneously, and the competition schedule is shared on the Netmarble Forum.

Squad items cannot be used in [Knighthood Competition Regular]. Up to 12 attacking teams and 3 defending teams can be formed.

Knighthood captains are able to use Placement Mode to assign Knighthood members to bases, set bonus points to desired regions, and determine magic bases by assigning them base effects.

Once the two-day battle phase begins, the Assault Team will attack bases in the opposing team’s territory and gain Capture Points upon each successful attack.  Attack attempts may be made until all heroes that are set during the preparation phase have been used.  Each hero may be used only once when setting an Assault team, and once the battle for the base begins, it will continue until all heroes set have been defeated.  The battles will be against bot-versions of opponents so you do not need to worry about needing to wait for others to be online to battle in real-time.

When the battle concludes, the amount of Capture Points acquired throughout the battle will determine the winner of the battle.  The Knighthood will be awarded three points for a win, one point for a draw, and zero points for a loss.

Capturing all bases in a region will award the captor with Region Capture Point, which may have had bonus points assigned during the preparation phase.  Region bonus points are not visible to opposing Knighthoods, so it is very important to assign these points strategically.  Unassigned region bonus points will automatically be distributed to all regions.

The Knighthood that has the most Capture Points against opposing Knighthoods over this four-day period will be declared the victor.

During the preparation phase, the Knighthood captains are able to apply effects to bases to set them as magic bases.  Only one magic base may be set to each region, and other bases in the region will be granted a basic stats buff.  If a magic base becomes captured, any effects being applied to other bases will also disappear.

The following stat changes apply to the defending team only:

Knighthood Competition rankings are based on the results of all three wars during the twelve day period.  Knighthood members will receive rewards that are based on the Knighthood’s rankings in their individual inboxes upon entering their Knighthood Headquarters after the rank calculations have been completed.

Season rank costumes are able to be claimed in the "Knighthood Competition Costume Reward Box" when players enter the Knighthood Headquarters after the season ends for Knighthoods that are eligible to claim the rewards.

Note that season rank costume reward chests will be deleted from players' costume inventory after 28 days. When equivalent rewards are claimed in the next Knighthood Competition season, the duration resets 28 days later.

Players who are not a part of the top 32 teams are still able to view the results of the Knighthood Competition {picture}.  The individual battles cannot be viewed, but the previous rank, current rank, and match record for each team are available for viewing.