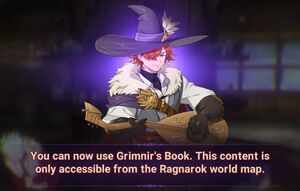 Grimnir’s Book is a collection of the stories of Grimnir the Bard.  These can be unlocked after clearing the quest from Ragnarok Chapter 1 [Episode 10] Bard Grimnir. 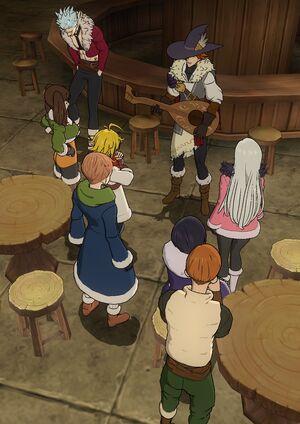 Once unlocked Grimnir’s Book can be accessed only from the Ragnarok world map, via the hat and lute icon on the far left side. 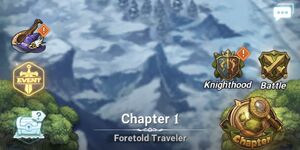 At the top of the screen upon entering Grimnir’s Book, there are five colored scrolls.  Under each scroll the following records are available.  Each record unlocks as a player progresses through the Ragnarok storyline.

As records are collected more in-depth stories are unlocked, with rewards (diamonds) granted for the first time each is read.  When new records are available, there is a red exclamation point next to the scroll.  The alert disappears once the record has been read.  Records can be revisited at any time after claiming the reward.