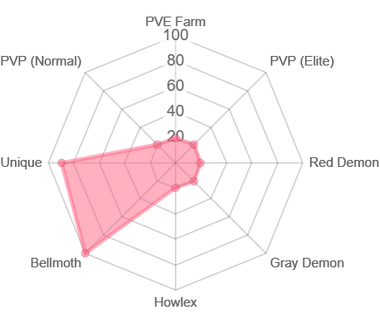 [Warrior of Justice] Wanderer Thonar is an OC unit created by Netmarble for 7DSGC.  Upon the release of Ragnarok, all players were awarded one free copy of Thonar, as well as a UR outfit, weapon, and cosmetic.

Thonar first was introduced in Chapter 1 Episode 13 of Ragnarok [[link]].  At the Boar Hat Tavern, customers were gossiping about a mysterious wandering warrior who vanquishes Demons and saves people.  They couldn’t recall her name, but they do recall it starts with Tho- or Thon- something.  Around this same time, a mysterious unnamed warrior with a spunky brown ponytail had appeared in the Boar Hat Tavern and requested some ale.  Once she finished she left and wished for divine protection to be granted upon the tavern.

Shortly after, [the Seven Deadly Sins] were observing a Demonic Beast chasing some Humans pretending to be henchmen of the Evil God Loki.  Thonar stepped forth and stated that even if the Humans are evildoers, “real justice is lending a hand to those in need”, and she revealed her name to the Sins although she stated that she is not so great a warrior as to have her name be recognized.

After introducing herself, she raised her hand and called out to the hammer of justice, but nothing happened.  Awkwardly, she glanced over at the Sins, and pulled out her sword instead and launched an attack to eventually defeat the Demonic Beast.

Upon killing the Demonic Beast, Thonar turned her sword upon the henchmen and shared that she knows they’ve been attacking innocent passersby and that it’s only right for them to pay for their sins.  However, if they turned themselves around and repented for their sins, she would allow them to live.  The henchmen announce they will no longer serve Loki, but instead the god of justice, Thor.

Grimnir, the bard, asked Thonar to share her stories so he could tell the stories of her greatness and spread the word of her service.  He felt that she was a righteous warrior who saves the people she meets in her journey, and that the way she fights is as impressive as the god of war, Thor.  However, Thonar protested and said that she didn’t want to be known to others.  She did not want to make a name for herself and she did not want to be noticed.

Eventually, Thonar bid the group goodbye and left to Thonar take the henchmen to be handed over to the authorities at the nearest country, where their future of repentance could be decided through either becoming soldiers or by doing hard labor.  With her departure, it is clear that Thonar views her role in Ragnarok as being one who brings justice during difficult situations.  She slips up occasionally and refers to her justice as a hammer, which may be hinting at her actually being a god in disguise.

As a unit, Thonar’s primary benefit is due to her Unique ability, which increases all allies’ Attack by 40% and their Attack-related stats by 20% for three turns whenever an ally removes a Debuff using a skill in a Death Match.

Conviction of Light: Conviction of Light is an AOE attack that makes targets bleed for two turns after having been attacked.  The Bleed effect deals additional damage equal to 90% of the damage that was dealt at the end of every turn.

Body Charge: Body Charge is a single-target attack that deals Charge damage, which ignores Defense.  This is particularly useful when facing enemies with high Defense.

Ultimate Move - Realization of Justice: Aptly named for Thonar’s fondness for bringing justice, Thonar’s Ultimate Move, “Realization of Justice”, inflicts Weak Point damage against a single opponent.  Weak point deals three times higher damage when used against a Debuffed enemy, so this is compounded by her Bleed effect that is rendered from using her Conviction of Light attack.

Unique - Burning Sense of Justice: Thonar’s Unique ability increases all allies’ attacks by 40% and Attack-related stats by 20% for three turns each time that an ally removes a Debuff using a skill during a Death Match battle (this requires the use of skills and does not apply with Unique effects).  The downside of this Unique ability is that Thonar lacks any skills herself that can remove Debuffs, so she requires being on a team that has another ally that can use a skill to remove Debuffs.

Green Thonar’s primary benefit is in Death Matches, particularly against Bellmoth.  She can be used on a team with Green Liz of Danafor and Green Merlin.  To start the battle, Green Merlin’s passive will give everyone one Ult Move Gauge orb.  Green Liz’s passive will also increase the skill ranks for all HP attribute allies at the start of the battle.  In order to receive the benefit from Thonar’s Unique ability, the person running Thonar must be the one to Cleanse the Debuffs (it does not apply if your partner Cleanses).  If utilizing Green Liz’s passive, Green Zaneri is an optimal Cleanse since all ranks of her Point Light can remove Debuffs.

If a team without Green Liz is used, Blue King is another great option to Cleanse since he’s able to remove Debuffs with a Rank 1 skill, although he cannot be used for the Hell level.  Alternatively, Green Princess Elizabeth can also be used to Cleanse (on ranks 2 and 3 of her Healing Grace skill) when paired with Green Gowther for the Hell difficulty.

Thonar is an original character made for The Seven Deadly Sins: Grand Cross mobile game.

She is a kind-heaterd and courageous woman with a strong sense of justice. She is a tall woman with light skin, long ginger hair tied in a spiky ponytail and dark blue eyes.