Draw Hero
Green Roxy can deal damage that ignores defense to all enemies. 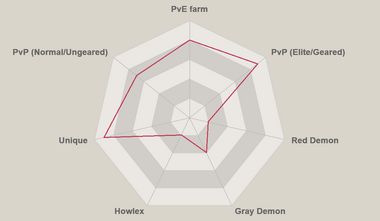 [Halloween] Queen of Explosions Roxy, more commonly known as Green Roxy or Halloween Roxy, is a phenomenal burst damage dealer commonly used in geared PVP and often partnered with Red Kyo to maximize the damage output. She is also a viable farming unit in the PVE stages.

Green Roxy ideally needs to be run with a full human team. Her Unique ability increases the hero's Attack-related stats by 15% for each human ally participating in the battle. With 2 human allies on the battlefield, Green Roxy stacks a 30% bonus on Attack, Pierce Rate, Crit Chance, and Crit Damage which is a huge advantage when attacking.

Her Charge attack is basically the same as Red Lostvayne Meliodas’ Triple Avatar skill which Ignores the enemies’ Defense. With her Unique ability in play, she can inflict even more devastating damage with her attacks.

Stat-wise, Green Roxy has a high base HP and Pierce rate, but low on Defense-related stats (Defense, Resistance, Crit Resistance, and Crit Defense). She’s the definition of a “glass-cannon” unit, capable of dealing high damage but also extremely fragile.

Chain Smash - A single-target attack with a high damage multiplier of up to 500%. It can also Cancel Stances at ranks 2 and 3, countering a lot of stance users in PVP like Green Estarossa and Blue Tarmiel. With her Unique ability, she’s able to one-shot or at least take down a hero during your turn.

Ultimate: Volcanic Ash - A single-target attack with high damage multiplier starting at 700%. With an additional Attack-related stats bonus from her Unique ability, Green Roxy can easily obliterate any enemy she attacks. Her Ultimate also allows her to charge with 2 more Ultimate Move Gauge orbs after attacking, leading to the frequent use of her Ultimate.

Unique: You're Like Me - This ability is what makes Green Roxy extremely powerful. She passively acquires a 15% increase in Attack-related stats for each human ally on her team. This is a massive boost in terms of damage output.


Attack and Crit Damage sets provide the highest damage output. But due to her squishy nature, you can also use Attack and Defense sets to add more survivability and Combat Class.

PVP - Green Roxy excels in PVP with a human team, especially in Geared (Elite) PVP. She further transcends the team when she is surrounded by allies that can amplify her attacks (ex: Blue Eastin, Red Kyo). A deterring factor, however, is her lackluster base Combat Class and low Defense-related stats which makes her a squishy target.

PVE (Farm / Sub-Quests / Boss) - She can also clear most of the PVE content with ease and end with a decent clear time because of her AoE skill. She can also be used to clear the difficult stages and roadblocks of PVE battles and story mode bosses by bringing a full human team.

Training Grotto - She can be used against the Level 3 Goddess Amber Illusion Hendrickson or Level 3 [Blue Amber] Obsessed Knight as your damage dealer. Alternatively, she can also be used to counter Speed-type (Blue) Illusion Ambers. 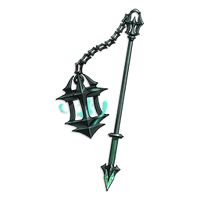 Roxy is an original character made for Grand Cross mobile game. She is a member of the Seven Disasters.

At her original world, she used to be a warrior slave until being summoned by Lilia. After joining the Seven Disasters, Lilia often sends her on field missions with the aim of destroying villages and cities. However, the Disaster usually overreacts during these missions, forcing her friends, usually Mono, to stop her before she loses control completely.