Princess Elizabeth is the third princess of the Kingdom of Liones and is the deuteragonist of the Seven Deadly Sins series.  In the anime, she is the 107th reincarnation of the Goddess Elizabeth, who was the Supreme Deity’s daughter 3000 years ago.  In this reincarnation, she is an alleged survivor of Danafor’s destruction and is adopted and raised by King Bartra Liones alongside her older sisters Veronica and Margaret.  At the start of the anime, she sets off on a journey to find the Seven Deadly Sins to help save her kingdom and ends up becoming a waitress in Meliodas’ traveling tavern, the Boar Hat.  Eventually, she awakens her Goddess powers and becomes a prominent ally and healer for the team.

Green Princess Elizabeth has an HP attribute, and in following with her storyline from the anime, is a versatile healer.  She has long silver hair, with bangs that typically covers most of her right eye.  She has one blue eye and one orange eye, which is indicative of her Goddess powers breaking through.  She wears a single blue earring in her left ear containing the symbol of the Liones royal family, which is comprised of the sun, the moon, and the stars.

Green Princess Elizabeth’s first skill, Punishing Strike, is her only damage-dealing skill.  With this ability, she is able to remove buffs from a single enemy and inflict damage onto the same enemy.  At rank 3, her maximum damage output is 400% of attack.  This can be useful when facing an enemy that is stacking buffs on itself.

Her second ability, Healing Grace, casts AOE healing.  At rank 2 and rank 3 she is also able to remove debuffs from her allies when she is healing.  This can be useful in helping to keep other allies alive that are able to do more damage, or also help to sustain your heroes if you are in a level that is more difficult and you can then prolong the battle until the enemy can be defeated.

Green Princess Elizabeth was given out to players for free during the 100 Days Celebration.  Her healing skills are very helpful even at the first level of her Ultimate, so it is not critical to max out her Ultimate.  She is a very good option for early players to build up because she can be used as a support hero all the way from early to end game.  Building her up early will help to clear difficult stages in the early storyline because she can help to sustain your other heroes’ health and also boost their Ultimate Move gauges.

Green Princess Elizabeth works well when paired with Green Merlin in an Ult-Rush team, especially for the Gray Demon, and is a critical unit when battling the Gray Demon on the Hell difficulty not only because of her Ult-Rush (due to her Ultimate and Unique abilities) but also because she can provide the necessary sustain for your team with her cleanse and heal abilities.  She can useful in other PvE content as she is one of the cheapest healers to build up. For example, she serves as a great support in teams to battle Hraesvelgr as she can help to remove the debuffs and avoid Weak Point damage. Since the remaining HP of your team is carried over after carrying lower floors, it is advantageous to survive the levels with the highest HP possible.

As a prominent ally of the Seven Deadly Sins, green Princess Elizabeth has Associations with three of the Sins (Meliodas, Diane and Fat King).  She has a wholehearted faith in Meliodas, believing in him that he will always come to her aid in any time of need.  Though Diane is very jealous of Elizabeth at first since she also fancies Meliodas, she quickly comes to love Elizabeth as a sister and would protect her with her life.

Her Association with Fat King provides a combined attack, which increases her amount of healing for her allies.

Since her healing ability scales proportionally with her attack, she is best utilized by wearing attack and defense equipment. 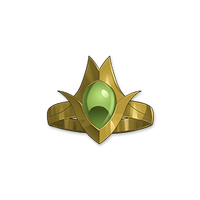 Elizabeth Liones is the third adoptive princess of the Kingdom of Liones. She is the deuteragonist of the series, and an alleged survivor from the Kingdom of Danafor and a former waitress at Boar Hat bar during her journey to find the Seven Deadly Sins, , eventually becoming a prominent asset and healer for them. She also is the 107th reincarnation of the Goddess Elizabeth, the Supreme Deity's daughter 3,000 years ago who also reincarnated in the Holy Knight Liz.