Draw Hero
Coin Shop
Green Merlin has a skill which creates a protective barrier around all allies, making her useful in all battles. 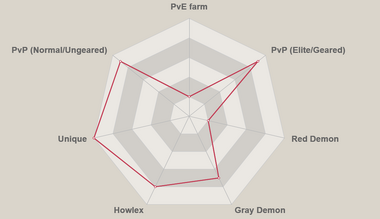 [The Boar Sin of Gluttony] Great Mage Merlin or most commonly known as Green Merlin is one of the best support heroes in the game who provides invaluable utility for the whole team. She has a skill that depletes the enemy’s ultimate move gauge orbs and creates a protective barrier around all allies to strengthen the team’s defense.

She is mostly used in PVP ult-rush teams and defense-oriented teams. In PVE, she is seen as a support in Death Matches to add protection using her Barrier buff.

Her stats are above average and her skill set proves she can adapt in most battle situations. Her unique ability alone already provides great value even as a sub-unit. What makes it even better is everyone can acquire her in the Platinum Coin Shop. Saying all of this, Green Merlin is a top-priority hero to build.

Green Merlin’s buff, Perfect Cube, creates a Barrier for her team that lasts a couple of turns. The higher her attack stat, the more damage absorption it can provide. Thus, the best equipment set for Green Merlin is Attack / Def. This also allows her to be a secondary attacker for any team because she has the threat of inflicting substantial damage.

Her ultimate, Exterminate Ray, not only is a threat for Speed heroes but also disables the enemy to use Attack type skills for 2 turns.

What makes her extra special is her unique ability. Even as a sub, Green Merlin can give the team a head start by filling the Ultimate Move Gauge of all allies by 1 orb at the start of the battle. Paired with ult food, the team will start the match with 2 extra orbs, enabling them to charge their ult gauge faster. This is why she is a major component of every ult-rush team, especially with heroes like Green Escanor, Green Princess Elizabeth, and Blue Guila.

PVP - Green Merlin has always been a top-rated PVP hero. As stated, she is commonly used in almost every ult-rush and defense-oriented team. She is also an anti-ult rush hero just by the fact that she can readily deplete the enemy’s ult gauge even at rank 1.

SP Dungeon - Green Merlin is used as a sub to complete the 3-turn speed team when farming red books, which can later be sold for gold. The team is composed of Blue Guila, Red Howzer, Red Gowther, and Green Merlin. Take note that the attack stat of Red Howzer and Blue Guila should be at least 10k to make this team composition work. Outside of that, Green Merlin can also be used against Speed Attribute bosses in Evolve and Enhance Dungeons.

Gray Demon - She is perfect for mid-tier teams whose objective is to safely clear the Gray Demon. Although the most efficient team is Green King / Green Helbram / Red Gowther / Green Cain (Sub), it also requires high stats making it hard for newer players to run this set-up. Utilizing heroes like Green Merlin + Green Princess Elizabeth is an awesome alternative because it doesn’t require exemplary stats for the team to be effective. With this, you can also rush the ultimate for your attackers to chip in some damage.

Demonic Beast Howlex - Green Merlin is also viable against Howlex up to Extreme difficulty. She is mainly used as a support to provide damage mitigation protecting you and your co-op partner from the demon’s furious attacks. She is normally paired with Green Princess Elizabeth to add survivability and rush the team’s ultimate skills. 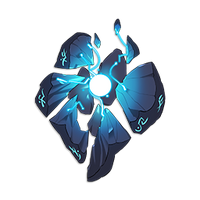 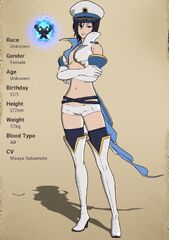