Draw Hero
Coin Shop
Green Helbram's buff skill is most effective when teamed up with heroes with strong attack skills. 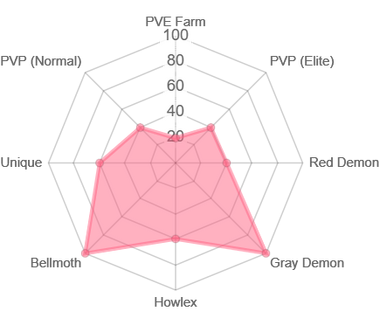 Green Helbram’s utility is primarily against the Bellmoth and Gray Demon Death Match bosses. For both of these bosses, they are weak to HP-attribute heroes.

When facing the Gray Demon, Green Helbram is useful for all difficulties, including the Hell difficulty. He is the best attack buffer for use with burst teams, but he is only recommended if your party member uses a full support team or if your team has top-level equipment sets. His buff is used to boost your team’s Attack-related stats.