Draw Hero
Green Halloween Gowther makes allies stronger with his Rank Up Skill. He also uses a Debuff Atk skill which decreases Ultimate Move Gauges at the end of the enemy's turn.

*The Ultimate Move image will change when the entire Halloween Costume set is equipped, signifying that the Set Effect is active.

[Halloween] Holy Knight Gowther, as his name suggests, was released as part of a Halloween banner.  He is shown clothed in a Halloween costume of a white blouse that has jack-o’-lantern buttons with a red bow and a gold bell, black pantaloons, and purple and orange tights with tall black boots.  When it is available, buying Halloween Gowther’s Costume Set from the Sacred Treasures Shop can provide a special costume set bonus.  This costume set can also be worn by other variants of Gowther to take advantage of the bonus.

Halloween Gowther’s skill set is very similar to Red Gowther’s in that he can use Invasion Arrow to rank up the skills of his allies, which makes him very beneficial when battling PvP opponents and Death Match bosses because you can quickly rank up your allies’ cards without needing to combine them.  His active skill is similar to Red Gowther’s in that it provides a low DPS AOE attack, however, it has the added benefit of depleting Ultimate Move Gauge orbs at the end of the enemy’s turn which makes him more versatile and particularly effective in countering Ult Rush teams.

Halloween Gowther’s Unique ability increases all allies’ Attack-related stats by 7% at the start of every turn if the allies in battle are all from different races.  This can be used a maximum of five times and applies as soon as he enters battle, although it will reset if two of the same race appear.

Halloween Gowther can be used as a substitute for virtually anywhere that Red Gowther was used.  Similar to use with Red Gowther in Death Matches, you can use combat stamps to communicate with your partner so that you can take advantage of using each others’ skill ups simultaneously to skill up all of your allies in the maximum possible way.

Forming a team of different races, Green Halloween Gowther's unique ability grants an increase in your allies' Attack-related stats (Attack, Pierce Rate, Crit Chance, and Crit Damage). The bonus immediately takes effect on turn one with a 7% increase and accumulates every turn up to a maximum of 35% (5 turns). Do take note that this Unique ability won't take effect when two of the same race are present on your team. Nevertheless, fulfilling this condition is worth the trouble because the effect provides a premier boost in power, especially in PVP.

As mentioned in the Skill Review, Halloween Gowther has a Combined Attack with skinny King variants, which increases his Ultimate Move Gauge orb depletion from three to five and can be very useful in Death Matches.  His other Associations are based on his storyline relationships with Merlin and Slater.

Feel free to share your own favorite teams using Halloween Gowther in the comments below this guide, or add your favorite kawaii costumes in the community sharing pages. 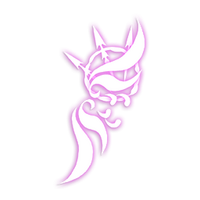