[Divine Protection] Merlin, the Daughter of Belialuin, more commonly known as Festival Merlin, “True Form” Merlin, or Loli Merlin, is an HP-attribute hero who was Globally released on April 13th, 2021 as the 6th Festival Hero of 7DSGC. Like pick-up events, she is a guaranteed reward after completing the loyalty gauge for spending 900 Diamonds.

Festival-exclusive units are known to be one of the best heroes in the game. In Festival Merlin’s case, she is a top-tier damage dealer used extensively in PVP, countering most 1-shot damage dealers with her Unique ability. She innately has increased Attack-related stats -- inflicting more damage to enemies when her HP bar is high.

Stats-wise, Festival Merlin boasts high base attack-related stats (Attack, Pierce Rate, Crit Chance, and Crit Damage) and is further amplified by her Unique ability. She also has a high HP, Crit Resist, and Crit Defense to aid her survivability. However, she has low base Defense, Regeneration Rate, Recovery, and Lifesteal which requires healing from a support hero in case HP recovery is needed.

Double Mana Fusion - This AoE skill is mainly used to disrupt enemies from recovering HP. But with the help of her Unique ability, this skill can also inflict fatal damage to multiple heroes while casting with a high HP percentage.

Ultimate: All Elemental - Inflicts respectable AoE damage starting at 400% and up to 600% of her attack. This Ultimate can potentially deal a devastating blow while casting with a high HP percentage. Festival Merlin additionally creates a barrier on herself based on the amount of damage dealt. While the barrier is active, all Skill Effects are negated (Ex: Amplify, Charge, Sever, Pierce) except for Rupture. Upgrading her Ultimate will also strengthen the Barrier.

Unique: Bargaining With the Gods - Festival Merlin’s trademark allows her to survive one-shot burst attacks, limiting the damage received by 40% of her Max HP per attack. In perspective, an enemy has to burst Festival Merlin 3 times from full HP to defeat her, no matter how high the damage is inflicted by the enemy.

Moreover, Festival Merlin increases her Attack-related stats by 1% for every 4% of remaining HP, which means more damage is dealt if her HP percentage is high. At full HP, she gains a 25% increase in Attack, Pierce Rate, Crit Chance, and Crit Damage.

PVP - Festival Merlin particularly shines in Geared (Elite) PVP where percentages of her stats can be increased further. She directly counters a lot of burst damage dealers notably “The One” Escanor. She has an immensely high base Combat Class and can easily destroy enemies with high Resistance (particularly tanks).

PVE (Story / Farm / Sub-Quests / Boss) - She can clear most of the PVE content with ease and has a decent clear time because of her AOE skills. Her skill effects are also effective against story mode bosses.

Early Game PVE - She sufficiently provides a much-needed power to clear hard stages and major roadblocks of the game.

Gray Demon - Festival Merlin has the attribute advantage and her ranged attacks go through the demon’s flight buff. Her “Mana Ballista” deals tremendous damage because of the demon’s high Resistance. 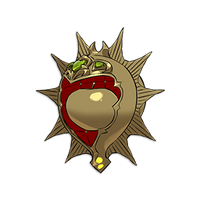