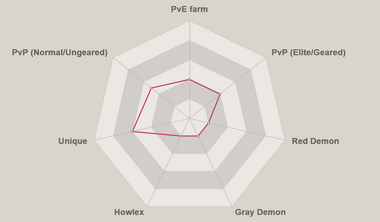 Elaine was born into the Fairy Clan, being the younger sister of the one chosen to be the third Fairy King, Harlequin​​​​​. Like her brother, Elaine was born from the Sacred Tree of the Fairy King's Forest. Unlike most fairies though, the siblings hadn't grown their wings yet due to being powerful late bloomers. They lived peacefully inside the Forest for centuries, thus sharing a close relationship with another high-ranked fairy, Helbram.