Draw Hero
Green Dreyfus has a skill which disables all enemies' buff and debuff skills and another skill which removes buff effects and stances, making him useful in various situations. 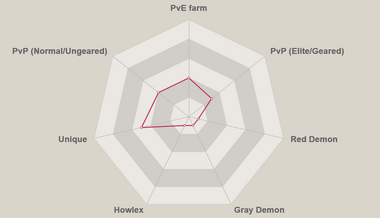 During his younger years as a Holy Knight, Dreyfus discussed with Hendrickson about their king's intent on avoiding the Holy War. They started wondering whether Holy Knights will have a reason to exist without wars and conflicts. As a result, the concept of starting a Holy War by themselves is firstly established in Hendrickson and Dreyfus.