Draw Hero
Coin Shop
Green Cain's skills all have igniting effects and can be continously stacked. 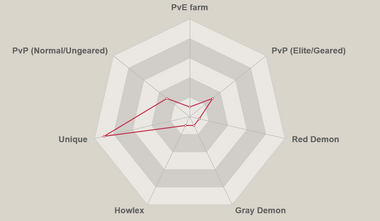 Cain seems to originate from Danafor. In his time as a Holy Knight, Cain witnessed Meliodas sparing Liz from execution and taking her in. Cain and his fellow Holy Knights are against it but was surprised that the leader of Danafor's Holy Knights is willing to make his comrades enemies if they do not want Liz as one of them.

Later inside the castle, Cain saw Liz having a hard time trusting Meliodas as the latter groped her chest and the former attempting to smack him whilst removing his helmet. Eventually Cain and the rest of his comrades grew to like Liz and accepted her as one of their own. At some point of time, Cain received Liz' Sword after being told by Liz of Meliodas' reason of rejecting her gift.

After completing an unspecified mission, Cain returned to Danafor, only to find it destroyed by a great calamity and was deeply saddened by this. He remained loyal to the country which no longer exists as he traveled around Britannia. On his travels, he heard rumors that Meliodas is the one responsible of Danafor's destruction, which led to Cain's suspicion and doubt.