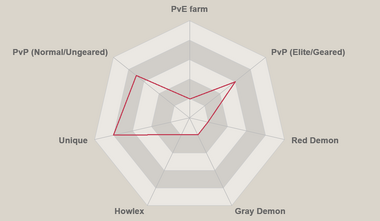 [KOF '98] Asamiya Athena, more commonly known as Green Athena, is an exclusive unit drawn from the 7DS x KOF’98 event. Many have found her niche in PVP as a Sub hero to counter Ult dependent / Ult Rush teams. Her Unique ability depletes the enemies’ Ultimate Move Gauge orbs when an allied hero defeats an enemy in PVP. With her Holy Relic acquired from the KOF Returning Collab Event, Athena recovers 40% of the damage taken when she takes 30% or more of Max HP in damage.

Similar to how Green Deathpierce’s passive works, Green Athena does not need to enter the battlefield for her unique ability to take effect. She can be useful in the shadows and work for your team while hiding in the sub-slot. With this, she can fit easily with almost any team as long as your goal is to prevent the enemies from using their Ultimate Move.

Her Unique ability only works in PVP, making her PVE usage limited. However, she can still be used in story mode and events where you are required to Stun and Cancel Stances from an enemy.

Stat-wise, Green Athena has high secondary stats (Resistance, Regeneration Rate, Crit Chance, and Crit Defense). Her base HP is low and her Attack and Defense are average.

Phoenix Arrow - A single-target attack with a high damage multiplier of up to 500%. It can also Cancel Stances and Stun at rank 3, useful against heroes that heavily rely on stances in PVP like Blue Chandler, Red Excalibur Arthur, Blue Tarmiel, and Green Estarossa. This skill can also be useful in event stages where a stun is required to complete challenges.

Unique: Everyone's Pop Star - This ability is what makes Green Athena viable PVP sub hero as she’s able to counter a lot of Ult rush teams that exist in every meta. Any allied unit can activate her Unique ability after defeating an enemy hero and it will automatically deplete 2 orbs from all the enemies’ Ultimate Move Gauges when the turn ends. However, do take note that this ability only works in PVP.

PVE (Event quests) - Her Stun ability can be useful in event stages where it is required to complete challenges. She’s not viable for use in other PVE areas.

Training Grotto - She can be used to counter Speed-type (Blue) Illusion Ambers, especially against Level 3 stages.

Athena Asamiya appears as a regular fighter in The King of Fighters series; she is perhaps best known for changing her outfit and hair style for virtually every main installment.

In the King of Fighters series, she is a student of Kensou's Kenpo teacher, Chin Gentsai. She has spent most of her life secluded in China's mountains training. Her team participates in the tournaments as a form of training and to save the populace from an apparent future threat. Other times, they enter to disrupt any evil forces they may feel at the time.