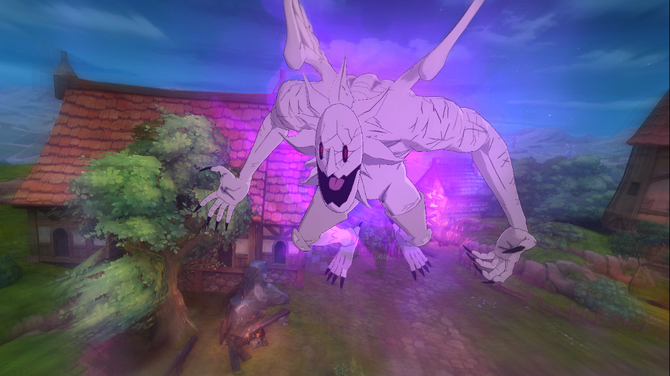 Unlocked after completing Chapter 6 of the main story, a Gray Demon can be summoned by filling up the Death Match meter in Boss Battles. It is the main source of Gray Demon’s Wing, a material used to Limit Break heroes to Level 70 and above.

Gray Demons can fly and are invulnerable against melee attacks on the duration of the flight buff. Unlike the Red Demon, it cleanses all debuffs at the start of its turn which renders all crowd-control effects such as Freeze and Petrify to be useless.

Each demon has its unique trait and applies a certain strategy to defeat it. While the trick for Red Demon requires constant crowd-control, Gray Demon can be conquered using these various approaches:

*Safe team for beginners without a Green King

The most effective strategy is to build around Green King since he is the strongest attacker against the Gray Demon. Accompany with Green Helbram / Green Gilthunder as attack buffer and add Red Gowther for skill-ups to maximize the damage output.