Final Boss Escanor is the hardest boss so far that needs good RNG to clear, but the difficulties can be reduced by using heroes with these skill effects:

Remove Buffs - remove and prevent Escanor from stacking his buffs

Multiple team strategies can be used depending on your goal:

Escanor has strong single-target damage and becomes temporarily immune to damage for 2 turns when his HP reaches below 30% (Limit once per phase). He also gets an increase in Lifesteal when his HP is below 50%.

He can deplete Ult Gauge on both phases and deals increased damage to Demons by 600%. At the start of Phase 2, Ultimate Move Gauges are prevented from filling up and the use of Ultimate Moves are disabled for 2 turns. 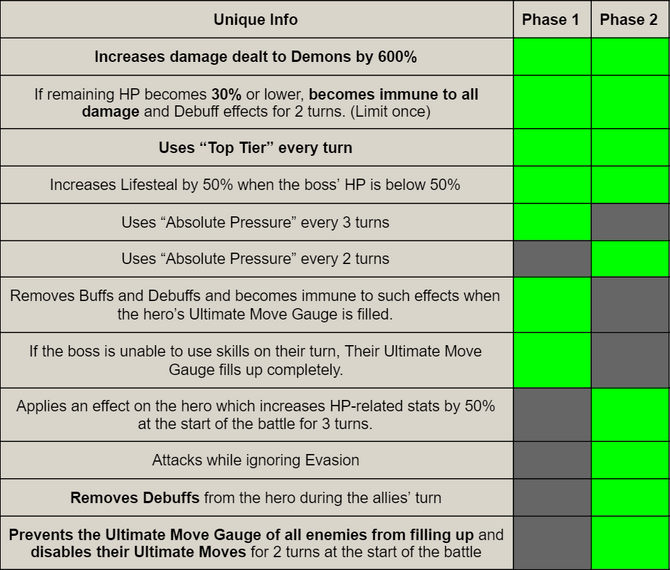 Escanor increases his stats every turn and inflicts great damage on individual targets. He gains an invincibility buff when his HP depletes below a certain level.

Top Tier - Decreases the caster’s damage taken by 10% and increases basic stats by 10% for 3 turns. (Can be stacked)

Absolute Pressure - Removes Buffs from all enemies, inflicts damage equal to 300% of Attack, decreases skill ranks, then depletes the Ultimate Move Gauge by the number of skill rank decrease.

Ultimate: Punishment - Inflicts damage equal to 1000% of Attack on one enemy.

Escanor depletes the Ultimate Move Gauges of all enemies and deals extreme damage against Buffed targets. His Debuff greatly decreases Defense-related stats if it is not removed.

Top Tier - Decreases Defense-related stats of all enemies by 10% and increases own basic stats by 10% for 3 turns. (Can be stacked)

Absolute Pressure - Inflicts Over-rupture damage equal to 300% of Attack on all enemies.

Ultimate: Punishment - Inflicts damage equal to 3000% of Attack on one enemy. 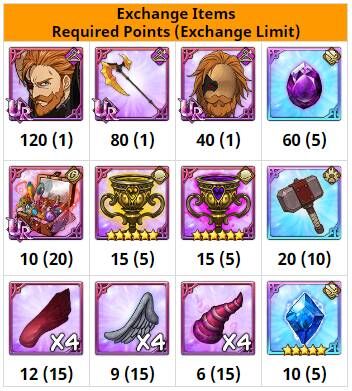 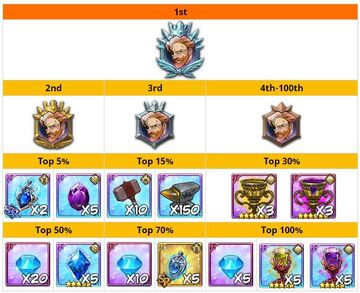 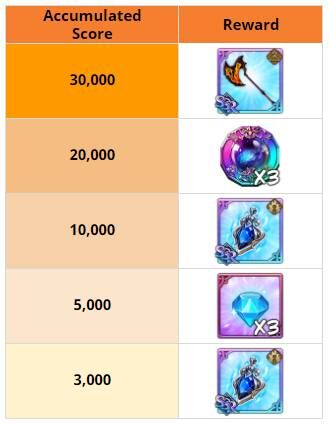