Ban’s unique ability allows him to revive when he has a certain amount of orbs in his Ult Gauge. He can fill it up using his skills; and in Phase 2, Elaine can also boost Ban’s Ult Gauge every 2 turns.

The strategy is to look for opportunities to burst down Ban when has low Ult Gauge. There are 2 convenient ways on how to create this opportunity.

Note: Before ending phase 1, make sure to have your damage-dealer’s Ultimate Move ready. You’d want to 1-shot Ban in the first turn of Phase 2 so you won’t have to deal with his annoying revives.

Phase 1 Strategy: If you have a team that can instantly deal high damage, burst down Ban on Turn 1 and direct all of your attacks to him. Now with Elaine left on the field, accumulate and fill up your Ult Gauge before proceeding to Phase 2. If you have a team that can restrict the enemy’s Ult Gauge, use it while you fill up your damage-dealer’s Ult Gauge to prepare for Phase 2.

Phase 2 Strategy: Use your Ultimate Move/s to defeat Ban on turn 1 (You may need more than one Ultimate Move depending on the equipment quality of your damage-dealer). From here-on, you’ll be able to defeat Elaine easily without Ban.

Aim for the highest score by completing these missions:

Phase 1: Ban passively activates a Taunt every 2 turns, protecting Elaine and directing all attacks his way. He can revive by consuming 3 orbs and heals for 24% HP (Limit 3 times). Elaine also decreases damage from ranged attacks.

Phase 2: Ban has a skill card that activates Taunt, increasing his HP by 40% for 2 turns. He can also revive by consuming 5 orbs and heals for 60% HP (Limit 3 times). Moreover, Elaine fills up Ban’s Ult Gauge every 2 turns. She also decreases damage from melee attacks. 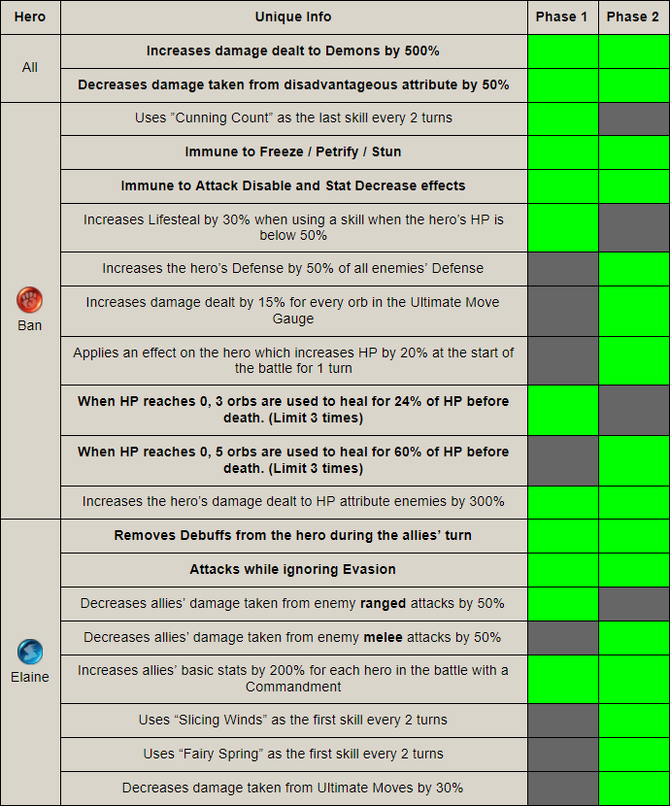 All heroes have their skill uses increased by 1.

Cunning Count - Taunts enemies and increases HP by 60% for 2 turns.

Wind of the Fairy King's Forest - Inflicts damage equal to 160/210/400% of Attack on one enemy and decreases skill ranks. At ranks 2 & 3, depletes the Ultimate Move Gauge by the number of skill rank decreases.

Ultimate: Wrath of the Autumn Wind - Cancels Buffs and Stances on one enemy, inflicts damage equal to 735% of Attack, then Stuns for 1 turn.

Slicing Winds - Inflicts damage equal to 500% of Attack on one enemy and fills the Ultimate Move Gauge by 2 orbs.

Ultimate: Wrath of the Autumn Wind - Cancels Buffs and Stances on one enemy, inflicts damage equal to 735% of Attack, then Stuns for 1 turn. 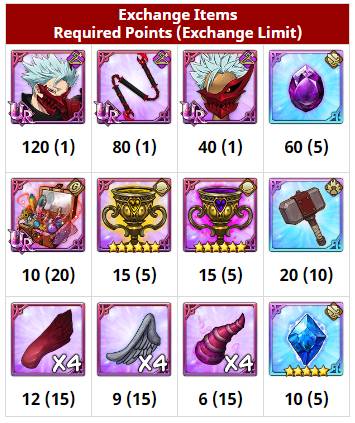 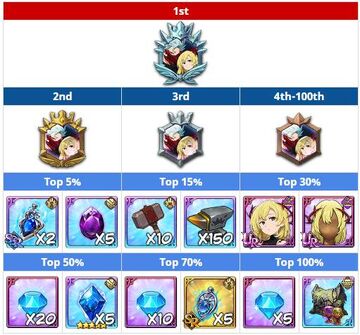 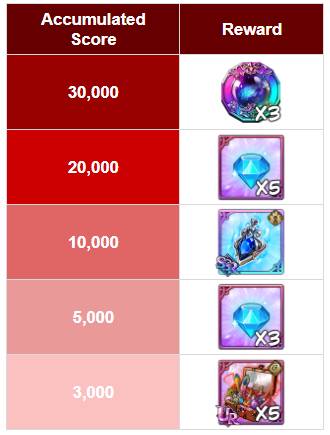