Faction Wars (also known as the Ancient Holy War event) was a new style of event implemented in March 2022 that is based on the theme of the Holy War. 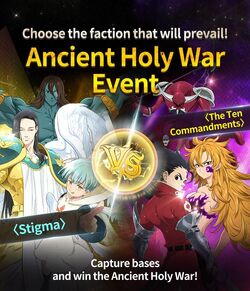 With this event, players will choose a faction (either [Stigma] or [The Ten Commandments]). Battle content is available that is exclusive to the chosen faction. WP points are obtained from completing these battles, which are added to the faction’s score. 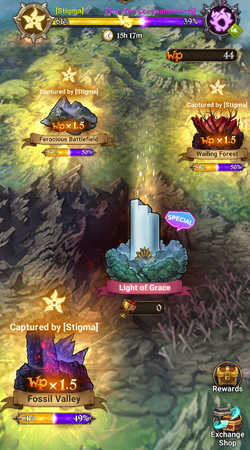 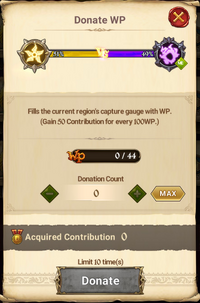 Each of the Normal Zone battle locations has stage rewards, with a chance to win Ancient Holy War Special Zone Entry Tickets. 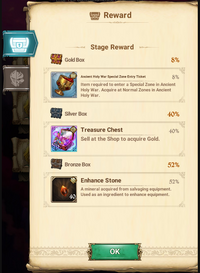 The faction that has the highest score at the end of the event is deemed to be the victor. Variable rewards are provided as shown below for factions that emerge victoriously versus if they are defeated. 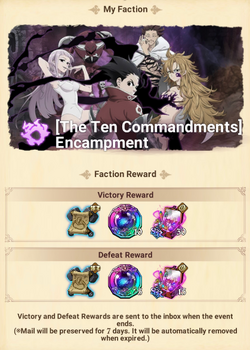 WP earned can also be spent in the Ancient Holy War Shop to purchase special items with the event currency.

Examples of items from the March 2022 Ancient Holy War Event Shop were:

WP prices for the above items ranged from 80 (crafting mats) to 400 (evolution pendant).