Episode 115 (The Power of the Sacred Treasure) occurs after Meliodas and his crew manage to defeat the Albion in Chapter 7.  Meliodas shares with his party about his Sacred Treasure Lostvayne’s special ability called “Virtual Body Doubles”, which makes multiple illusions of his body.

Merlin helps to explain that by creating a clone, the Combat Class is divided, falling far short of that of the host.  For example, one clone’s overall Combat Class would be equal to half of the host’s. If there are four clones, they’ll each be a  fourth of the host’s Combat Class.  Numerically speaking, the clones are weak, however, Meliodas’s “Full Counter” skill deflects all magical power while using almost zero power regardless of his Combat Class.

Whilst this discussion takes place, Galland of [The Ten Commandments] introduces himself.  He has a shocking Combat Class of 26000 and terrifies the Holy Knights of Camelot.  Meliodas launches himself at Galland and realizes that he is facing a formidable opponent. 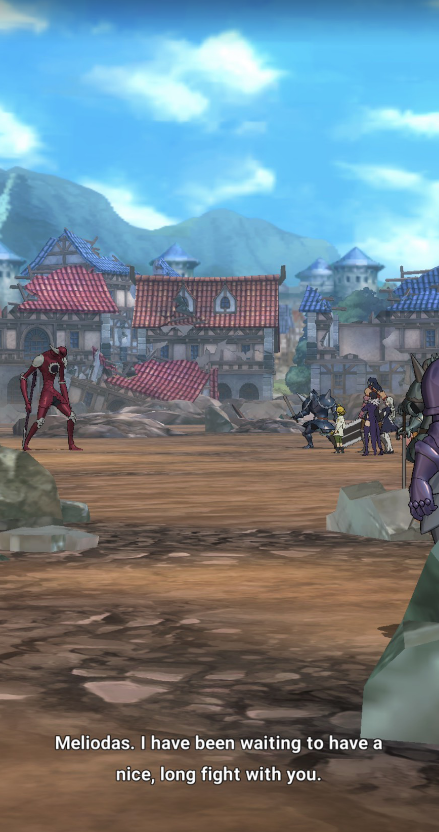 Acting quickly on her feet, Merlin throws up protective barriers (Perfect Cubes) for Elizabeth, Hawk, and Arthur, while Galland leaps miles away to avoid her magic. 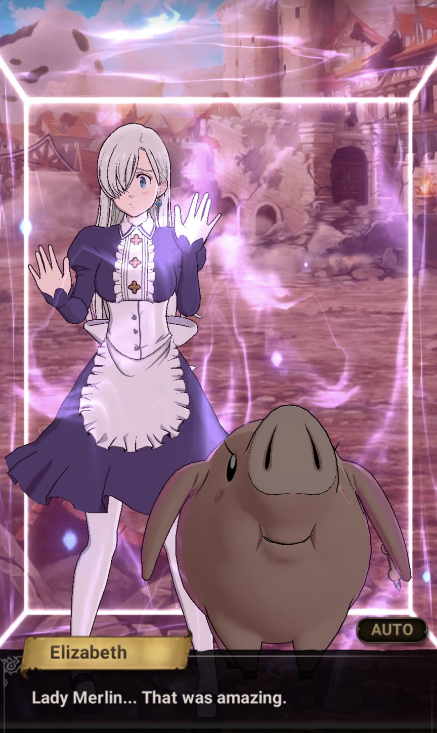 With only a few seconds to think up an effective plan, Merlin tries to strike a deal with Galland.  However, she does so with the intent of lying, and so his commandment turns her into stone. 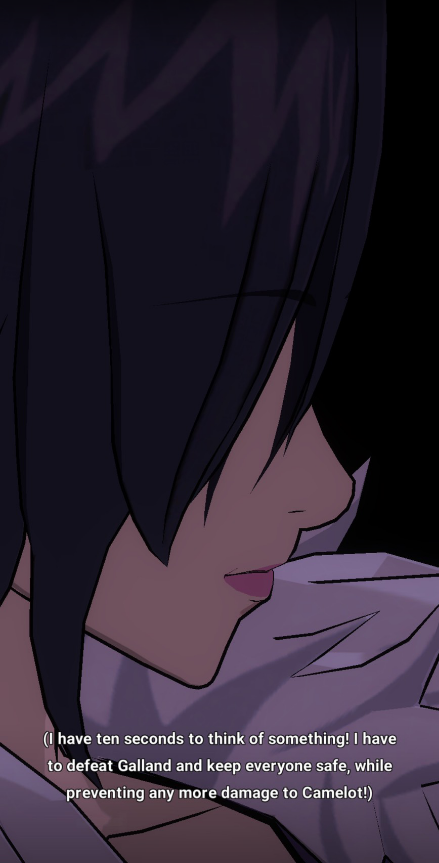 As Galland of Truth of [The Ten Commandments], anyone who tells a lie in his presence will be turned to stone, regardless of who they are. 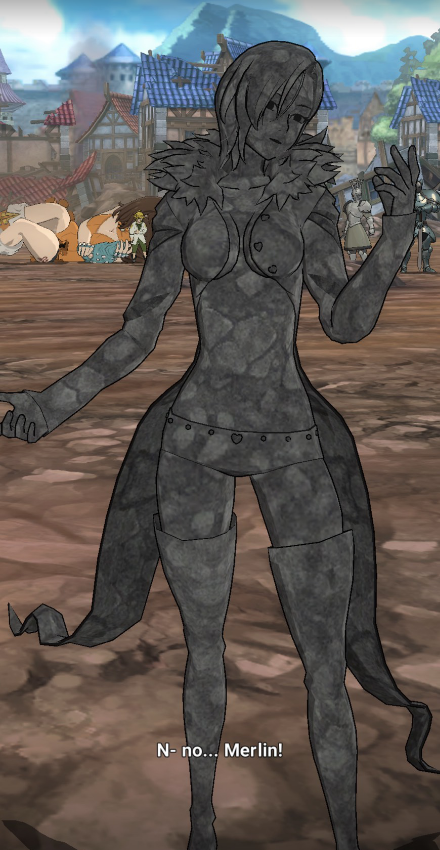 Somewhere in an unknown location, Melascula, Zeldris, Derieri, Monspeet, and Dreyfus (possessed  by Fraudrin) speak amongst themselves and consume the souls of nearby miners. 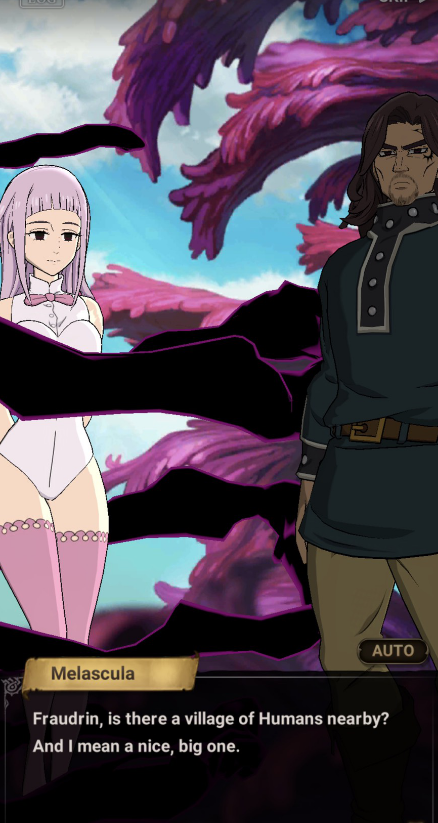 Meanwhile, back in Camelot, Meliodas’s Combat Class begins to rise as his body becomes engulfed in dark flames. 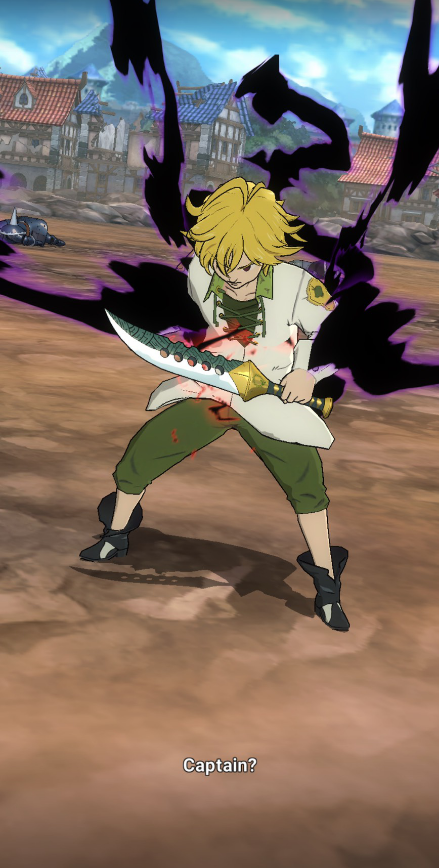 Mockingly, Galland throws his weapon into Meliodas’s chest as he exclaims that Meliodas’s dark power has weakened over the years and that he should forever regret  his weakness in the afterlife.  He strikes down the remaining Sins that are in the same location and flies away.  At the end of the episode, a seemingly naked Gowther approaches the scene. 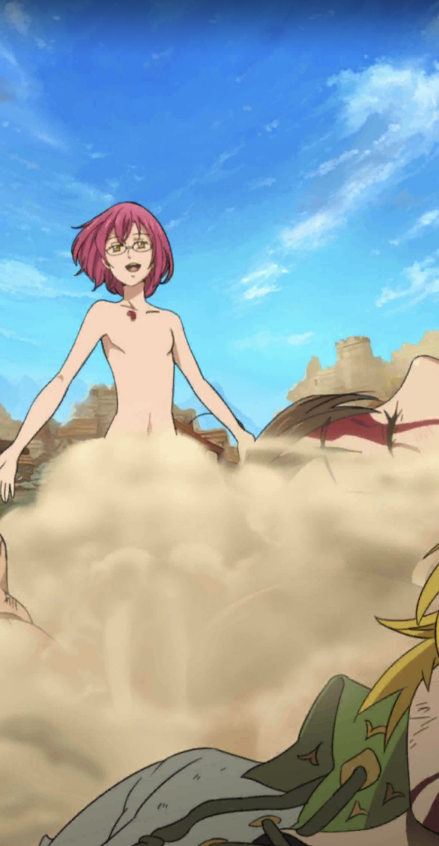 There are three battles during this episode:

For each battle, Galland has the following Unique passives: 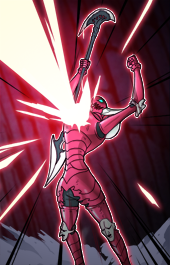 Galland of [The Ten Commandments]

The first boss is a level 112 SSR Galland of Truth.  He has a red Affinity and the following active skills: 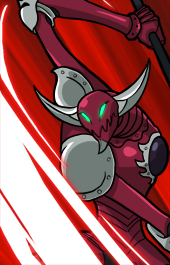 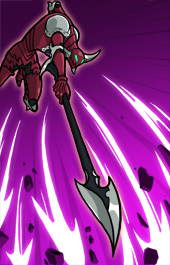 The second boss is a level 114 SSR Galland of Truth.  He has a green Affinity and has the following active skills:

The third and final boss is a level 116 SSR Galland of Truth.  He has a blue Affinity and an additional Debuff Cancel passive which removes Debuffs from the  hero during the allies’ turn.  He also has the following active skills:

Since Galland’s Commandment of Truth petrifies heroes who use Rank Up or Rank Down skills, you want to avoid the typical strategies of using Red Gowther to rank up any skills.  Any ranking up will have to be done naturally by combining cards.  Also, since he is immune to all crowd control incapacitation techniques, you cannot freeze, petrify or stun him between turns.

Since you can’t rank up or incapacitate Galland, the best damage dealers are Green Jericho (with an association with Guila to use the combined attack) and rushing her Ultimate move, and/or using Meliodas with his Counter skill.

Additionally, heroes like Red Helbram, Red Ban, or Green Gowther are useful for depleting the Ultimate Move Gauge of Galland to minimize his impact.

The first boss requires that you use Meliodas.  Green Meliodas is better recommended over Blue Meliodas, but either will work for their Counter skill.  Green Meliodas is capable of dealing enormous damage from Outburst Counter when used correctly. His stance triggers a counter that inflicts damage equal to a percentage of diminished HP. Meaning, triggering the counter at low HP deals more damage.  When using Green Meliodas, only use the outburst counter when Green Meliodas’ HP is 50% or lower

The second boss requires that you use both Meliodas and Diane.  Blue Giant Diane is available as a free reward from Chapter 4, although Rush Rock will be unable to disable Galland’s attack skills due to his passive abilities.  Regardless though, she is able to deal a hefty amount of damage and is a useful member of your team since you are required to use a unit of Diane.

The third and final boss requires that you use Slater.  For this battle, you can either use or borrow a Red Slater from a friend to diminish Galland’s attack-related stats and steal some of his HP with each attack.

Green Merlin’s Unique ability gives the team a head start by filling the Ultimate Move Gauge of all allies by one orb at the start of the battle.   Alternatively, Green Jillian is good to use in conjunction with Green Jericho and Green Meliodas, since she’ll increase both of their (and any other HP heroes’) HP by 30%.