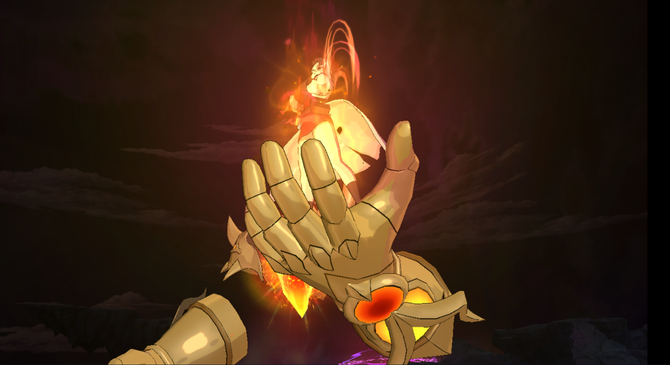 [The Seven Catastrophes] Disaster Battle is a game mode for the 7DS Grand Cross Holy War Festival Event. Awakened Valenti is one of the three Disaster Battles you can clear twice per day for a chance to acquire exchange shop currency and rewards. In this event, up to 2 players can fight together in a Death Match type of battle.

Participants can gain Machine Fragments as rewards which can be exchanged for costumes and growth support items in the Event Exchange Shop. You can acquire more by joining other player’s Disaster Battles via battle invites.

Strength-type heroes (mono-red) are most favorable to use in battle.

Disaster Battle is a game mode in which players team up to defeat bosses. Players can participate in real-time 2-player battles. Invite friends or Knighthood members and play together.

Lobby Period If the Disaster Battle does not start within 60 minutes of the lobby’s creation, it is automatically closed.