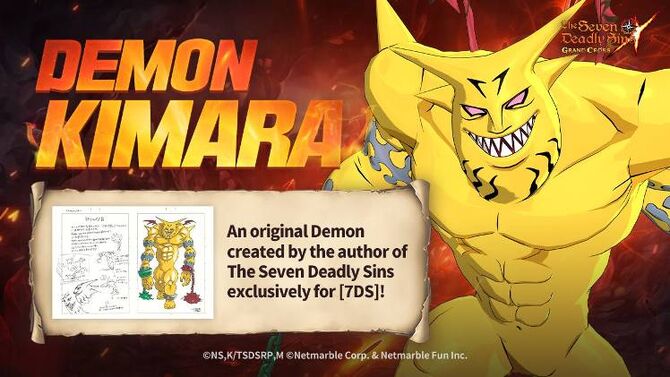 The Demon Kimara is a brand new original demon from the series’ creator, Nakaba Suzuki. By participating in this event daily, users can collect fragments that are used to exchange for growth materials in the Exchange Shop. It includes a Part 2 Guaranteed SSR Ticket, Evolution Pendants, Awakening Stones, Anvils, Treasure Chests, and Limit Break materials!

Similar to Death Match demons, event bosses have a core strategy that players should be guided on to lessen the difficulty of clearing the stage. Since the Demon Kimara has limited immunity (only immune to crowd-control such as stun, freeze, and petrify), it is best to utilize heroes that can disable the boss with debuffs.

Here are the best team compositions and heroes that can fill each role effectively.

Best Heroes for Each Role

Red Slater - “Overpower” skill decreases Attack-related stats and disables everything but Attack Skills for 2 turns. Will be able to cancel Kimara’s “Savage Strike”.

Red Gowther - while “Invasion Arrow” boosts your allies’ skill rank to increase effectiveness, he can also disable the enemy Attack Skills with his “Arrow Shot”.

Red Diane - her “Sand Whirl” skill can both disable Attack Skills and decrease Defense-related stats, allowing your team to do more damage when the boss is debuffed.

Blue Giant Diane - good for starters without a Red Gowther as she can be acquired after completing Chapter 4 of the Main Story. Her “Rush Rock” skill can disable Attack Skills at ranks 2 and 3. Moreover, she can be your second damage dealer for the team.

Blue Weinheidt - provides additional damage boost with his “Sniper” unique ability, at the same time disables Attack Skills with his “Flash Arrow” at ranks 2 and 3.

Blue Eren - as a farmable 6/6 hero during the Attack on Titan collaboration event, his ultimate and attack skills hit hard due to type advantage. He can also self-buff to increase basic stats and deal more damage.

Blue Demon Meliodas - if you are using Blue Lillia or Blue Weinheidt in the team who can boost the team’s pierce rate, Blue Demon Meliodas can contribute more damage from his “Enchant Hellblaze”. In addition, his ultimate with Weak Point effect inflicts 3x damage against debuffed enemies.

Blue Arthur - an alternative damage dealer whose ultimate is easy to upgrade being an SR hero. He can deal intensified attacks with his “Sharp Blade” the more Ultimate Move Gauge orbs the boss has.

Blue Hawk & Elizabeth - one of the safest choices due to her “Solidify” skill, allowing her to survive longer than most damage dealers. Moreover, her skills inflict additional damage due to Amplify and Charge effects.

Blue Diane - she can be used strategically to fight the boss by interrupting its debuff skills while inflicting a respectable amount of damage.

Blue Lillia - Highly recommended especially with Blue Demon Meliodas on the team. She can help with healing and stopping the boss from using his ultimate.

Blue King - Although the boss is immune to petrify, using Blue King for starters is a viable option because he can heal and provide decent damage due to type advantage.

Blue Princess Elizabeth - She can also disable the boss from using debuff skills, at the same time provide healing with her ultimate and “Brilliant Protection” skill at ranks 2 and 3.

Attack and debuff disablers of any hero type are essential in order to steal turns, forcing the boss to skip his attacks. Meanwhile, damage dealers are recommended to be Speed-type heroes with high ultimate damage, but it can be any hero you’ve already built as long as it has high attack stats. Lastly, the filler slot can be assigned to any hero that can bring utility or sustain, and can even be a second damage dealer for those with high team CC.

There are 2 ways to get an event score. First is by defeating the boss, and the second is fulfilling the applied mission. While clearing the stage is a good achievement in itself, you want to maximize your score by completing the mission as well, giving you twice as much score in total. Remember, you are only allowed to clear 3 times a day and you need to achieve a high total score to get milestone rewards. 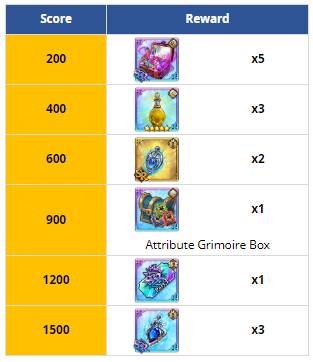 Fragments are also obtained from clearing the stages. These can be exchanged for Growth materials in the shop. 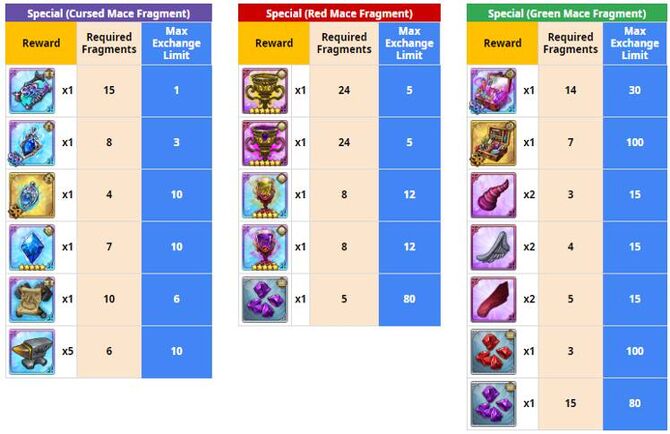 Don’t forget to log-in daily from August 6-11 and get Red and Cursed Mace Fragments! Details of this log-in event can be found here.