A Disaster Battle is an Event game mode in which players team up to defeat the featured bosses from The Seven Disasters. Players can participate in real-time 2-player battles, similar to how Death Matches are played.

Clearing a Disaster Battle will give you medals to exchange for Growth and Special items in the Exchange Shop.

The general rule for the Camila boss battle is to attack with precaution knowing that her passive skill stacks a buff every time she is attacked.

Absolute Power (Passive) - Camila gains an increase in Attack-related stats by 30% for each attack and stacks up to 4 times. If 5 or more of these effects are applied, removes the Buffs, Deletes 1 hero skill, and completely fills the Ultimate Move Gauge.

Camila’s attacks don't hit that hard without her passive buffs. Thus, players use the 5 Attacks strategy to limit the boss’ damage. Basically, what the strategy suggests is to use only 5 attack skills per turn. Anything less than 5 attacks or more than 5 attacks is detrimental. If Camila ends up getting 4 buff stacks, there is no doubt that she’ll instantly wipe off your team next turn. Therefore, the best approach is to attack 5 times or choose not to attack at all (Use buffs or move cards).

Mono-Red teams with Red Gowther (or Green Halloween Gowther) involve synchronized buffs with your co-op partner. Use the 5 Attack strategy until you can skill-up for rank 3 cards to burst down the boss.

Red Derieri - Has an Amplify damage effect in conjunction with her buffs so she can inflict burst damage.

Red Escanor - Along with Red Arthur’s buff, inflicts an insane amount of burst damage from his Amplify skill.

Red Sariel - Has a Power Strike ability, inflicting an insane amount of damage against bosses with high resistance. Additionally, his Grace adds more damage when he lands a critical strike.

Mono-Blue teams use type advantage to gain an edge over Camila. As long as you follow the 5 Attack strategy, you can go all out with 2 or 3 damage dealers on your team. Open up your attacks with Blue Nunchuck Ban’s debuff skill or Blue Eastin’s buff for maximum damage.

Blue Eastin - Primarily used to increase the Attack-related stats of your party members.

Blue Mikasa - A solid option as a damage dealer, capable of increasing her stats when allies take damage.

Marks of the Beast Coins are obtained from clearing the Disaster Battle. These can be exchanged for Growth materials and Special Items in the shop. 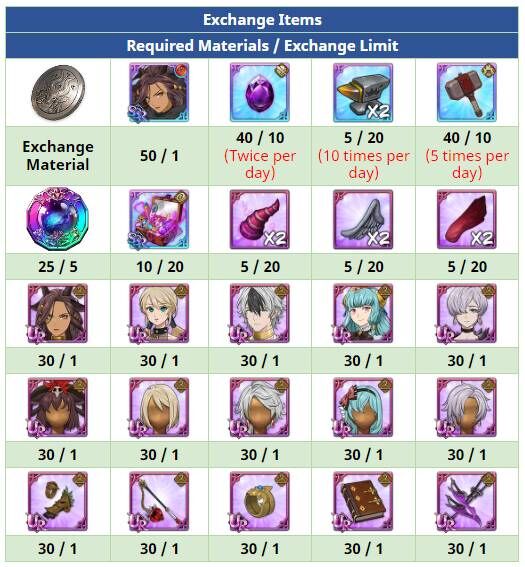 Disaster Battle Bosses each have unique abilities. Use different combinations of heroes to defeat bosses.