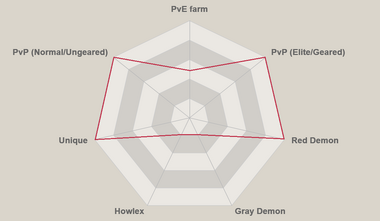 Blue Summer Merlin was released in Summer 2021 but her viability became significantly improved after the release of Green Festival Merlin and Dark Traitor Meliodas. She excels at supporting in PvP (both geared and ungeared), and in defeating Hraesvelgr’s lower floors.

Summer Rocket: Blue Summer Merlin’s attack skill is similar to Blue “The One” Escanor’s Flood skill. This attack deals Flood damage between 200% to 500%, but is less impactful since she naturally has lower Attack stats.

Sandcastle: Blue Summer Merlin’s debuff skill depletes Ultimate Move Gauge orbs from her opponents at the end of their turn. This is similar to Green Gowther, Green Halloween Gowther, and Blue Emilia’s debuff skill. The number of orbs depleted and the number of turns that the debuff applies increases with higher skill ranks.

Ultimate Move - Frost Blast: Blue Summer Merlin’s Ultimate Move decreases HP-related stats of all enemies, which can be helpful in countering teams that rely heavily on HP (such as any that include Purgatory Ban). This move also deals AOE attack.

Blue Summer Merlin excels in PvP and PvE content. She is an optimal support unit to pair with teams that include Festival Gowther and Traitor Meliodas.

One option for a PvP team with Blue Summer Merlin is to pair her with Festival Gowther and Festival Ludociel and either Green Ram or Festival Zeldris in the sub slot. Green Ram in the sub-slot makes Gowther and Merlin tankier since she is able to increase their basic stats as they are Unknown units. Alternatively, Zeldris increases basic stats per Debuff but this may not be helpful early in the battle since no Debuffs will be applied yet.

Another option for PvP that also works well for Hraesvelgr is to use Blue Summer Merlin on a team with Traitor Meli, Festival Zeldris, and Festival Gowther. Festival Gowther can be replaced with Blue Chandler in this team composition if additional damage is necessary for PvP. In this team composition, Traitor Meli serves as the primary damage dealer and is backed by Festival Zeldris. Festival Gowther’s Rank 3 Debuff skill serves to disable all skills of all enemies except their Debuff skills (including Ultimate Moves). Furthermore, this Rank 3 skill also disables skills that are Rank 2 or higher. This restricts enemies to only being able to use Rank 1 Debuff cards.

Acquiring her Holy Relic, Mani’s Moon Fragment will also decrease the max HP of all enemies based on her Attack. This can be useful in countering PvE bosses (except for Death Matches as they are excluded), as well as PvP teams that rely on max HP (such as Purgatory Ban teams). 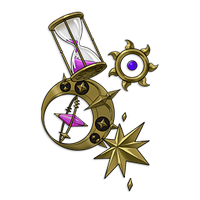