[Signs of Maturity] New Wings King, more commonly known as Festival King or Blue New Wings King is the third Festival Hero of 7DSGC. He was released during the Happy New Year Survey Draw event (December 29 - January 26, 2021) and can only be acquired during Festival Draws. Like pick-up events, he is a guaranteed reward after completing the loyalty gauge for spending 900 Diamonds.

Festival King is a niche PVP hero, mainly used as a damage-dealer and semi utility due to his Unique effect. His ability to disable Debuff removal and Ultimate Move makes him an elite counter to most PVP meta teams.

Festival King needs a specific team composition for his Unique ability to work effectively. Heroes that can inflict Poison, Bleed, Shock, and Corrosion further strengthen his lockdown capability, which is why he needs Green Demon Hendrickson or Red Lillia in his team.

His Combat Class is one of the highest in-game, boasting high Attack and HP stats. His secondary stats also have high values, notably Crit Damage, Crit Resistance, Recovery Rate, and Lifesteal. His Defense, however, appears to be his weakest asset.

With how his skills work, there is very little use of him outside PVP.

Guardian Punch - A single-target skill with Release effect, dealing additional damage from Shock, Poison, and Bleed Debuffs. This skill is best used when the enemy is infected by 2 or more of the aforementioned debuffs. Moreover, it increases both Attack and Release values at higher ranks.

True Spirit Spear Chastiefol, Fifth Form: "Increase" - This skill’s main purpose is to activate one of the debuff conditions for his Unique ability to take effect. Oftentimes, players use this skill to open up their attacks, followed up by another AOE attack with Bleed/Shock/Corrosion effect from another hero.

Unique: Awakened Power - This ability is what makes Festival King extremely powerful. It will be hard for the enemy to dispel the negative effects once two debuffs are already applied. Eventually, the effect will also prevent the enemy from using their Ultimate following the third debuff. It is ideal to inflict the first two debuffs in one turn (Festival King + Green Demon Hendrickson/Red Lillia combo).


PVP - A top choice for Ungeared (Normal) and Geared (Elite) PVP. Just make sure he is paired with a hero that can effectively activate Festival King’s unique ability. Festival King is extremely versatile and can be used in a lot of ways, either as a damage-dealer or utility. He can be used with Festival Gowther for an effective Debuff team configuration.

PVE / Story Mode boss battles - Festival King can clear most of the PVE content with ease but will have limited use in grinding free stages due to its slow clear time. However, he can always provide the needed damage/utility to clear hard stages and major roadblocks of the game, especially in Story battles.

SP Dungeon / Boss Battles - He can optionally be used to clear Dungeon stages and all chapters of boss stages to trigger a Death Match. However, he isn’t used in any of the Death Matches (Red Demon, Gray Demon, Howlex). 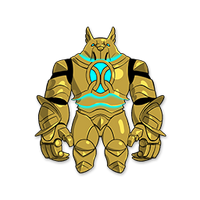