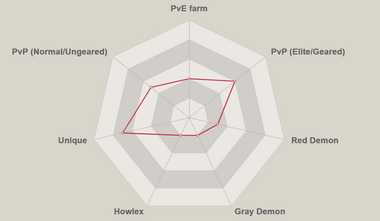 Mikasa Ackerman is the adoptive sister of Eren Yeager and one of the two deuteragonists of the series, along with Armin Arlert.

After her biological parents were murdered by human traffickers, Mikasa was rescued by Eren Yeager and lived with him and his parents, Grisha and Carla, before the fall of Wall Maria. She is the last descendant of the Shogun clan that stayed on Paradis Island, thereby related to the Azumabito family, and holds significant political power in Hizuru.

Though she desires only to live a peaceful life, Mikasa entered into the military—where she is considered the best soldier among the 104th Training Corps. She later enlists in the Survey Corps to follow and protect Eren, becoming one of its greatest assets. She is currently serving as an officer in the Corps.