[The Ten Commandments] Melascula of Faith 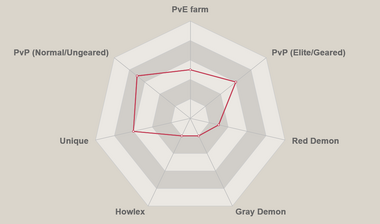 Melascula is an elite warrior of the Demon Clan, serving directly under the Demon King as the Faith of the Ten Commandments. Like all members of the Demon Clan, she is able to utilize the mysterious jet-black matter as shown forming wings for flight. she uses it to battle in close-combat as seen in her battle against Ban.

As stated by herself, Melascula is an expert at manipulating the dying and the dead, along with their souls. She has strong summoning capabilities, having brought forth lesser demons. As Melascula was a snake that bathed in the miasma of the Demon World to gain her demonic powers, she can transform at will into her original giant hooded snake form, which possesses great strength and endurance as she managed to easily hold down Ban with her mouth alone and endured attacks from the other members of the Seven Deadly Sins.