[Fang of the Land] Mercenary Matrona 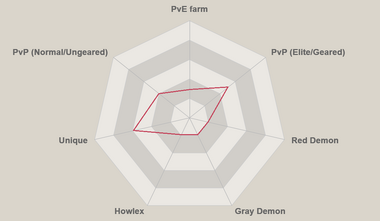 Matrona is a former warrior chief of the Giant Clan, as well as a mentor to Diane and Dolores.

15 years ago, Diane, Dolores and Matrona were hired as mercenaries to battle against an invading army of savages. The savages had also hired a giant, the western warrior chief, Dumbelbas. Matrona challenged Dumbelbas in the midst of the battle, which led to the latter's death. Upon their return, Matrona scolded both Diane and Dolores for their pathetic display in the battle. After scolding them, she continued to train Diane and Dolores, pushing them to their limits to enhance their strength.