Draw Hero
Blue Lillia has a skill which decreases all enemies' Ultimate Move Gauges and another skill which heals all allies' HP, making her useful in various situations.

[Mastermind] Mage Lillia or commonly known as Blue Lillia is a support hero who is versatile in both PVP and PVE content. She is known for her Unique ability to increase all allies' Pierce Rate by 50% of her own Pierce Rate. She is a great partner for heroes with Pierce attacks notably Blue Demon Meliodas, Red Howzer, and Green Hawk & Elizabeth.

Her skills provide so much utility in battle. She can deplete the enemies’ Ultimate Move Gauge orbs preventing the use of Ultimates, which is useful against teams rushing their ults. Second, she heals and removes debuffs for a convenient sustain, giving you room to tank up damage while filling up your ult gauge. Lastly, Her Ultimate decreases skill ranks capable of also depleting the enemies’ ult gauge.

In PVP, Blue Lillia works well for players running a Pierce team composition. She enhances the damage of Blue Demon Meliodas and heroes with high base Pierce Rate. This is especially true in Elite (Geared) PVP when you are equipped with Pierce Rate bonus stats on your Bracer and Ring.

Blue Lillia is also an ideal choice in PVE by running her with Red Howzer and Blue Demon Meliodas. Together they can efficiently farm the Free Stages, Dungeons, and Boss battles. She is one of the few heroes that you can use extensively in all types of battles. Blue Lillia can only be acquired in Step Up draws so be sure to summon for her when the event becomes available.

“Pathetique” - AOE attack with a decent multiplier, capable of depleting Ultimate Move Gauge orbs starting at Rank 2. It is especially useful when enemies are rushing their ults (using Green Merlin and Ult Food). Having a Red Gowther on your team maximizes the potential of this skill.

“Eroica” - provides an AOE heal in proportion to her Attack value. At Rank 2, the skill can also remove debuffs to cleanse harmful effects such as petrify, freeze, stun, poison, ignite, etc. This skill is similar to that of Green Princess Elizabeth’s “Healing Grace”. For more healing value, use an Onslaught set or allocate attack% substats on your Bracer and Ring.

Ultimate: “Star Link” - Players rush this skill for its utility more than the damage. This is to mitigate the enemy’s skill damage and remove their ult gauge based on the amount of skill rank decreases.


PVP - Blue Lillia is a cornerstone hero for players building a Pierce team. She is commonly paired with Blue Demon Meliodas.

Free Stage - Used extensively in Free Stages to farm equipment as a support hero for Blue Demon Meliodas and Red Howzer. Together, they can clear the waves faster because of their AOE Pierce attacks. They can also deal significant damage for a rank 1 skill card, thanks to the bonus damage from Blue Lillia’s unique ability. Farming for equipment should always be set in stages with the highest difficulty (Hard difficulty drops SSR equipment). You can fill the sub-slot with a hero that gives benefit to your main team using their unique abilities. Some top examples are:

Boss Battle - Same Free Stage and Dungeon team can be used in all chapters of boss stages to acquire Awakening materials and triggering a Death Match. However, she isn’t used in any of the Death Matches (Red Demon, Gray Demon, Howlex).

Training Grotto - Blue Lillia is mainly used as a support hero against the Level 3 Red Amber Bishop of Love. She can also be used to counter Strength-type (Red) Illusion Ambers by forming a mono-blue team. 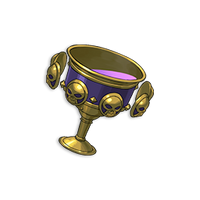