[The Grizzly Sin of Sloth] King the Fairy King 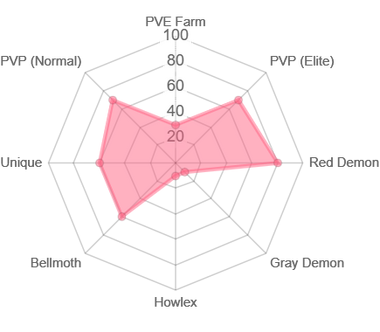 [The Grizzly Sin of Sloth] King the Fairy King or commonly known as Blue King is one of the most versatile heroes in the game. He is an offensive support who recovers/heals allies and petrifies enemies. As a hero you can get for free by clearing Chapter 3, Blue King is a solid priority to build on the early phase of progression. He can pretty much help you climb ranks in PVP and get through roadblocks in the story mode and sub-quests.

His ultimate skill deals massive AOE damage ignoring enemy resistance, sometimes enough to one-shot enemies with a lower base HP. His unique skill increases basic stats to Fairy heroes including himself, making him a great tandem with Red Helbram famously known as the “Kingbram” combo. Blue King’s ultimate can be upgraded by purchasing duplicate coins in the Platinum Coin Shop.

Blue King’s active skill, Fossilization, becomes extremely useful when skilled up allowing him to petrify enemies. There are moments in the battle where this skill saves you from sticky situations. One of those is delaying the enemy from casting his ultimate. Another is disabling the enemy’s support, especially heroes who can heal or remove debuffs. It is also important to remember that the petrified hero cannot receive buffs.

His recovery skill, Pollen Garden, removes any existing debuffs from your team and heals the diminished HP. This skill is useful against debuff oriented enemy teams because Blue King can readily cleanse it at rank 1, unlike Blue Lillia and Green Princess Elizabeth where their cards needed to be skilled up to cleanse.

His ultimate skill is an AOE attack that ignores the resistance value of the enemy. Since he is a Coin Shop unit, a maxed-out ultimate can be lethal to enemy heroes regardless of their affinity.

Blue King’s unique ability increases Fairy allies’ basic stats by 8% including himself. His tandem with Red Helbram, a fellow Fairy, makes them one of the most feared duos in PVP.

PVP - Always was and will always be relevant in PVP, Blue King is a top choice for both starters and end-game players because he brings so much utility in battle. He has petrify, debuff removal, heal, and a terrifying AOE ultimate, all of which are essential skill effects in PVP wielded by a single hero. Also because of the threat he brings, Blue King is always the primary target by the enemies in battle.

Early Game PVE - As part of the reward for clearing Chapter 3, Blue King instantly becomes your daily companion in almost all PVE content. He provides the needed survivability to clear hard stages and major roadblocks. Until you are able to build a more efficient PVE team for farming (Red Howzer teams), Blue King remains to be an effective choice for budget-friendly teams.

Story Mode boss battles - Blue King can be useful in most boss battles where sustain is crucial. In the battle against Hendrickson boss at Episode 72, he provides enough heals to keep the team in a safe situation allowing them to charge up their ultimates. At the same time, he keeps the HP of Green Meliodas in check until he can cast an efficient Outburst Counter.

Red Demon - After unlocking the Red Demon Death Match in Chapter 5, Blue King is one of the key heroes who will lead you to victory. Since the general strategy is to always make sure the turn ends with a petrify or freeze skill, Blue King’s Fossilization, Green Gustav’s Freezing Field, and Red Merlin's  Frozen Factor will keep the boss disabled in every turn.

Training Grotto - Blue King and Red Helbram’s petrification debuff has a niche use in fighting against the Level 3 Strength boss who is immune to Freeze and Ultimate Move Gauge reduction. The 2 ways to crowd-control this boss is only via stun and petrification.