Amplify, Solidify, Charge, Increases all allies' HP per Debuff on the hero

Blue Hawk & Elizabeth has a skill which changes a hero's Debuffs into Buffs. Use this knowledge strategically to turn the tide of battle in your favor.

[Reverse] Guardian Hawk & Elizabeth, also known as Blue Hawk & Elizabeth, Blue LizHawk, or Blue EliHawk is a Speed Attribute combination of both Hawk and Elizabeth.  Their standard form has them both wearing Red Demon apparel (horns and demon skin).  This is a reference to the anime when Hawk consumes a chunk of demon flesh and causes himself to resemble a Red Demon with red skin and horns.  In this form, he is able to manipulate darkness into wings, which allows him to fly (similar to most demons).  However, in this form, his speech also becomes an unintelligible string of “Pukya”s.

Blue EliHawk’s primary offensive skill, Fire Breath, inflicts Amplify damage equal to a percentage of Attack on one enemy.  Amplify damage is greatly increased by the number of buffs that Blue EliHawk has on itself.

Their second skill is Digest, which applies a Solidify effect on one ally at rank 1, and on all allies at ranks 2 and 3.  Solidify adds an additional 30% Resistance for three turns, and can be continuously stacked.  At ranks 1 and 2 of this skill, if there are Debuffs they are removed and one additional Solidify effect is applied.  At rank 3, if there are Debuffs they are not only removed, but one additional Solidify effect is applied for every Debuff that is removed.  This can result in dramatic increases in Resistance for all allies, which can then also trigger Patience to be applied and minimize the amount of damage that all allies receive upon being attacked.

Their Unique ability, Time for Scraps, increases all allies’ HP by 12% per Debuff on the hero.  This requires Blue EliHawk to be Debuffed and is negated upon use of the Solidify effect.

Blue EliHawk is very useful for combating the Red Demon Death Match boss.  They can be used for all difficulty levels of the Red Demon and is one of the best heroes to use for the Hell difficulty Red Demon because she provides an invaluable sustain to your allies and also inflicts great amounts of damage.  Their Solidify effect will increase your allies’ Resistance and augment their Amplify skill damage.  Their Ultimate skill can inflict significant damage on the boss due to their Charge effect.

Another great area to use Blue EliHawk is in ungeared and geared PvP.  To take advantage of their Amplify effect, you will need to pair them up with another hero such as Red Arthur who is able to apply other buffs.  Solidify can be viewed as an alternative to Purify, although despite the fact that it is unable to heal it is able to convert debuffs into buffs.  Utilizing Red Gowther with both Blue EliHawk and Red Arthur is ideal, in order to rank up their skills and utilize both of their status effect applying skills.

Last but not least, Blue EliHawk can be used as a primary attacker for Final Boss Gowther whenever he is available.  This is because Blue EliHawk has a Speed Attribute, and they are able to convert the debuffs from Gowther into buffs.  Increasing their defense higher than the boss’s attack will activate Patience, which results in minimized damage being inflicted on Blue EliHawk. 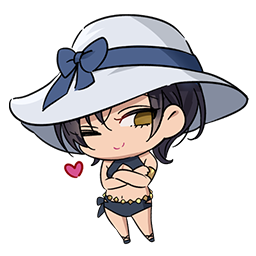