Draw Hero
Coin Shop
Blue Golgius is most effective when teamed up with heroes with debuff effects. 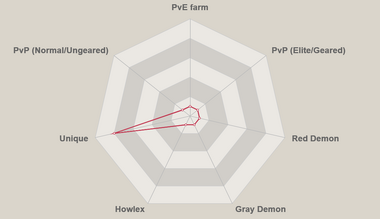 Golgius is a Holy Knight, who, belonging to the infamous Weird Fangs stationed at Baste Dungeon, aided in the capture of the Deadly Sin, Ban. Five years before the beginning of the series, Golgius and the three other members of the Weird Fangs confronted Ban of the Seven Deadly Sins. The resulting battle ended in Ban's capture and imprisonment in Baste Dungeon, where Golgius remained as one of the dungeon's four guardians.