Collaboration Event
Blue Eren has a powerful buff skill which allows him to become much stronger in an instant. 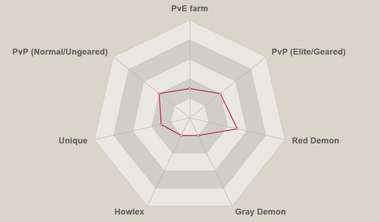 Eren Yeager is a former member of the Survey Corps and the main protagonist of Attack on Titan. He lived in the Shiganshina District with his parents and adopted sister Mikasa Ackerman until the fall of Wall Maria. During the incident, Eren impotently witnessed his mother being eaten by a Titan. This event would lead to Eren's intense hatred towards the Titans as he swore to wipe all of them off the face of the Earth.

Retrieved from "https://7dsgc.fandom.com/wiki/Blue_Eren?oldid=3960"
Community content is available under CC-BY-SA unless otherwise noted.