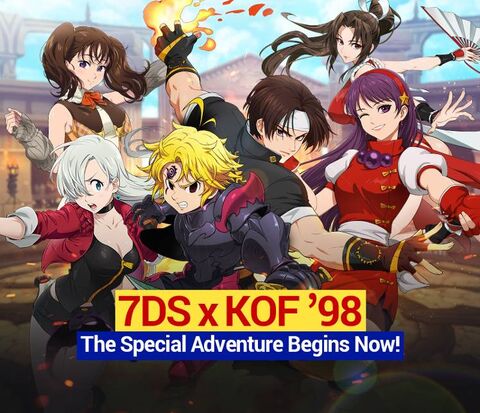 The King of Fighters ‘98 crew has set foot on Britannia! Complete special quests and grab awesome prizes in this 2-week long event. In this guide, we’ll break down and walk you through all the events to easily complete it!

Token of the Fighter King - used to exchange for items in the Event Exchange Shop.

Acquire A Total of 50 Collab Pick Up Tickets

Use collab Pick Up tickets to draw for limited KOF’98 Heroes!

Event Exchange Shop - winning tournament battles will give Tokens of the Fighter King that can be used to exchange for a maximum of 10 tickets.

Tons of gifts are waiting for you! Flip the cards for your reward!

Use 1 of Athena's Keys to select 1 card and receive a reward. 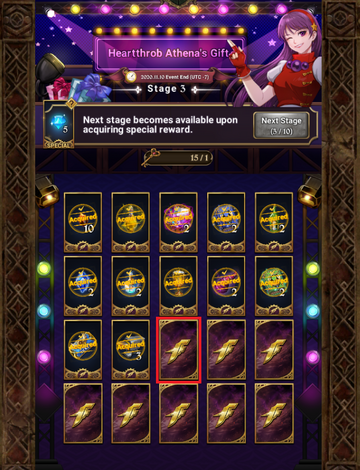 There are a total of 10 stages and each stage has 20 cards. You can move on to the next stage if you acquire the special reward you chose at the beginning.

You will be able to select 1 of 2 special rewards at the beginning of each stage, so choose carefully!

Note: You will have enough Athena’s Keys to flip all cards just by collecting 20 keys per day from clearing Free stages and Fort Solgres. 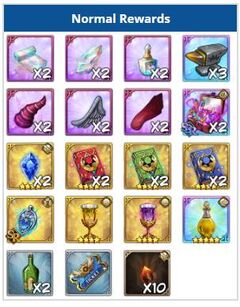 Experience a new KOF '98 story in Britannia and earn lots of rewards along the way!

Players can enter this event after reaching Rank 8. 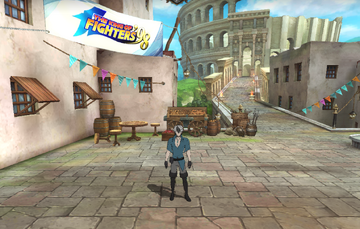 Note: The world quest can easily be finished in auto-battle for players who have already cleared Chapter 7 or higher. For newer players, check out the Quick-Start Guide and Growing Tips to quickly boost your Combat Class and finish the World Quest during the event time frame.

You don’t want to miss out on these rewards for completing the World Quest: 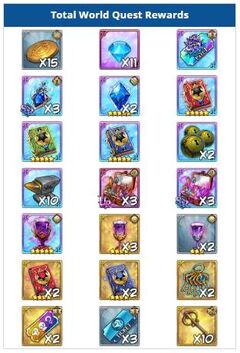 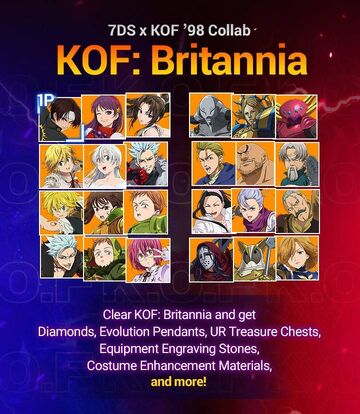 Determine the best fighters in Britannia! This event follows a tournament format where you select 1 team out of multiple to begin the tournament’s Round of 16 in an arcade-style battle. 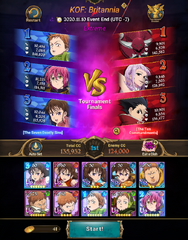 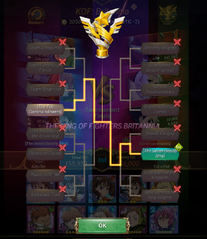 Use Fighter Coins to start the battle. Since all three heroes on the team must be set to participate, Fighter Coins can also be used to hire supporting heroes if you do not have one (only in Normal and Hard Difficulties).

Note: You can get a lot of Fighter Coins from Boss Battles and Death Matches. Get more rewards by winning the tournament with various pre-selected teams on all difficulties. Challengers will abruptly appear as you progress through the tournament. Defeat them to get rewarded with Awakening Stones and Tokens of the Fighter King.

Use the tokens acquired from KOF: Britannia tournament to exchange for Special, Growth, and Costume items! 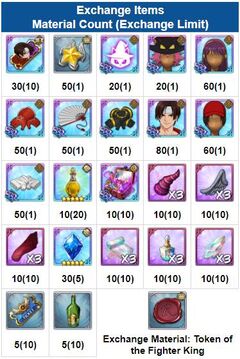 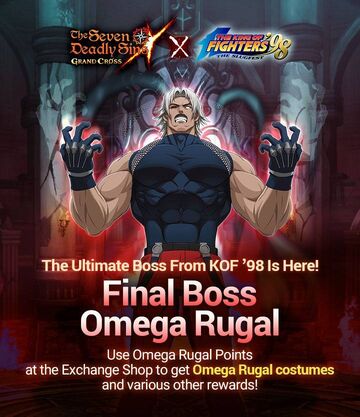 The Ultimate Final Boss Rugal Event is one of the 4 playable contents for the 7DS x KOF’98 collaboration event. It can be unlocked after clearing [Revival of Evil] World Quest. This event is played like any other Final Boss fights and we will highlight some of the best heroes and team composition against the Ultimate Boss from KOF’98.

Participants can gain Final Boss Omega Rugal Points as a reward that can be exchanged for growth support items and limited-time KOF’98 hero costumes in the Final Boss Exchange Shop. A huge amount of stamina is needed to enter the Final Boss battle that may require you to spend some of your Stamina Recovery Potions.

Note: Placing in the top 30% will give you a Combat Gloves costume for Omega Rugal, so do your best to shoot for a high score! 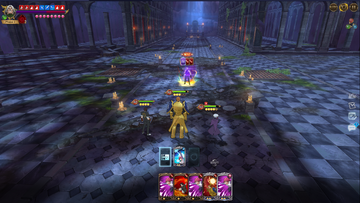 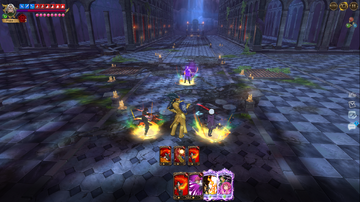 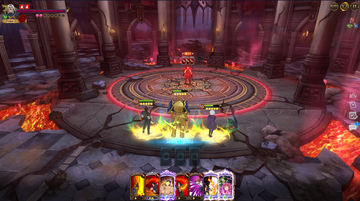 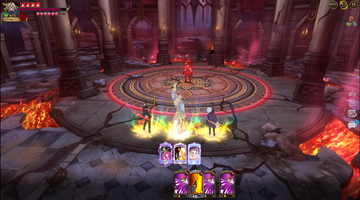 Kyo (Red) - The best hero for this Final Boss battle. Passively applies 2 Ignite effects at the beginning of each turn and inflicts increased damage per Ignite effect or debuff on the target. As a KOF’98 hero, he additionally has his damage increased by 50% and decreases damage taken from Omega Rugal by 50%.

Escanor (Green) - One of the best attackers. Has an Ignite skill effect and strong burst damage from his Ultimate.

Escanor (Red) - One of the best attackers. Able to deplete the enemy Ultimate Move Gauge using skills with Dissolve effect and has strong burst damage from his Ultimate.

Gowther (Red) - Increases your team’s output by increasing their skill ranks. Also depletes the enemy Ultimate Move Gauge from his own Ultimate.

Meliodas, Demon (Red) - One of the best attackers as he can apply multiple Ignite effects and strong burst damage from his Ultimate.

Zeldris (Red) - One of the best attackers. Able to deplete the enemy Ultimate Move Gauge using skills with Dissolve effect and has strong burst damage from his Ultimate.

Monspeet (Green) - His unique ability allows him to inflict more damage when attacking enemies with Ignite debuff. He can also apply Ignite effects and deplete the enemy Ultimate Move Gauge.

Ban (Red) - Beginner-friendly hero. Has a skill which depletes an enemy's ultimate move gauge, interrupting its use.

Guila (Blue) - Beginner-friendly hero. Has Ignite skills and heal to provide both offense and defense.

Elizabeth (Red) - Allies are healed for 10% of max HP at the start of the next turn when taking damage. 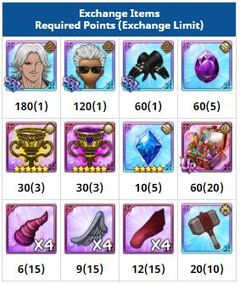 Your placement will be based on your best score. Rewards will be given based on said placement. 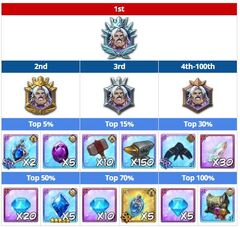 *Rewards are cumulative, meaning you can potentially earn everything!

Get rewards based on your total accumulated score from all of the battles you run. 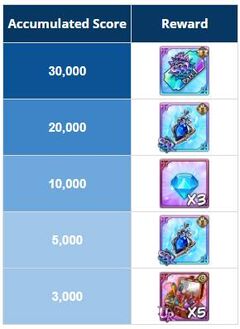 Get rewards based on the number of wins in the Vaizel Fight Festival!

Season Rule: [All Together Now] All heroes set to the team will participate from the start of the battle. 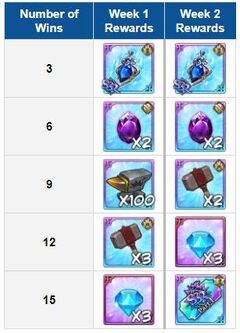